He has been the leader of the pace attack ever

Zaheer Khan, for a long time now, has been India’s lone stalwart in the bowling department. He has been the leader of the pace attack ever since he made his debut, but the slump in Harbhajan Singh’s form has put added pressure on Zaheer.

Often in the past, he has been compared to Pakistani legend Wasim Akram. While he may lack the skiddiness of Akram, he certainly possesses most of Akram’s skills in his repertoire. He can swing the new ball, reverse with the old, bowl a slippery bouncer and has a good slower ball. All of this, on the flat tracks of the subcontinent.

Zaheer sure has become Mahendra Singh Dhoni’s go-to man off late and, more often than not, he delivers. Ratification of that lies in Sunday’s match against England. Defeat loomed large over India when Dhoni tossed the ball to Zaheer to have a go. The paceman came back strongly after an indifferent first spell and struck two crucial dismissals which eventually helped India tie the match.

Despite a mammoth 338, I use the word ‘help’. But that is how frail India’s bowling is and both Bangladesh and England have highlighted the gaping holes that are painfully evident for all to see. Zaheer is perhaps the only resilient force amongst the bowlers and has handled the added pressure extremely well, despite injury issues.

Speaking of injuries, India’s Achilles heel has been Zaheer’s injuries. He has had several in the past year and a half, right from calf, shoulder, ankle, stress fractures and back soreness, but he still manages to be as mean as ever on his comeback.

Zaheer burst onto the scene as a 21-year old in the noughties. All he did was run in and bowl fast with a bit of seam movement, not necessarily swing. He was known for his seering yorkers and was pretty brisk then. However, his biggest setback came during the 2003-04 tour Down Under where he was ruled out after picking up a five-for in the first Test. He was said to suffer from a hamstring injury which was later realized as a nerve twitch. Nonetheless, a pain struck two years away from the game seemed to have done him a world of good, thus making Zaheer the bowler he is today.

He proved he was still international class with an impressive stint with Worcestershire in the 2006 season of the English county which enabled him to win back his Indian cap. He then slowly but certainly made his way to the top and after Anil Kumble’s retirement in 2008, has assumed responsibility as leader of the attack.

What differentiates Zaheer from the rest is his ability to move the ball on flat subcontinental wickets. His potency in the Test format is unquestionable, no matter where and who India play. He is able to reverse the ball and generally comes around the wicket to right-handers, bring it in on the angle and swinging it away, very similar to what England’s Freddie Flintoff did to Adam Gilchrist in the 2005 Ashes.

He may not be India’s most flamboyant cricketer or even a household name, but his value to Team India is unquestionable. His taciturnity and sedate behaviour helps him in keeping a low profile off the field.

Unquestionably, India’s best fast bowler since Kapil Dev and Javagal Srinath, Zaheer may well nip ahead of the duo in times to come if he manages to stay injury free. Meanwhile, India’s bowling woes have been exposed this World Cup; How Zaheer fares with the new ball will go a long way in deciding India’s chances this World Cup. 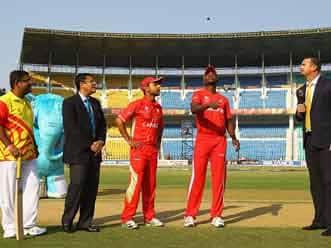 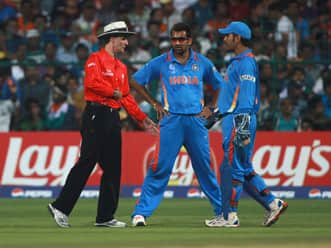