Speaking exclusively to Saj Sadiq of PakPassion.net, Zia spoke about his impressions of bowling in England, the importance of overseas tours for young Pakistani cricketers, the experience of attending Wasim Akram's training camp and the pressure of being earmarked at a young age as one of Pakistan's brightest young fast bowling prospects. 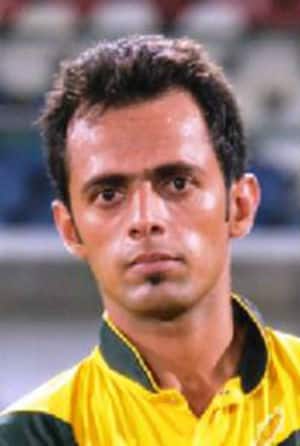 Hailing from the city of Vehari in Punjab, the very same city that produced the legendary fast bowler Waqar Younis, Zia-ul-Haq is a tall wiry left-arm pace bowler who has caught the eye of coaches, fans, his fellow professionals, and the media during his short career. On his domestic T20 debut in early 2012 during the Super 8 tournament, in front of a sell-out crowd of 15,000 at the Rawalpindi stadium — with millions watching the action on TV — Zia took five for 23 against Faisalabad in a superb spell of seam and swing bowling. During this spell he regularly touched the 140kph mark — in full view of a visibly impressed coach Dav Whatmore and members of the national selection committee.

However, the debut in the T20 arena was just another milestone in a budding career that holds great promise as far as Pakistani bowling resources are concerned. Earlier on, Zia had made his First-Class debut in October 2010 at the age of 15 against Islamabad in a Quaid-E-Azam Trophy fixture in which he had match figures of five for 89 in 27.3 overs. His debut season in First-class cricket saw him take 10 wickets in four matches at just under 29 apiece. In his second First-class season he played in three Quaid E Azam Trophy matches taking nine wickets at just over 20 apiece. As of today, he has 41 wickets in 14 First-Class matches while in 15 List A games, he has another 15 wickets to his name. His domestic T20 record is also impressive, boasting 12 wickets in 12 games.

A key member of the current Pakistan U19 squad which is participating in the tri-nation tournament in England, Zia continues to exhibit his fine potential grabbing seven wickets in four matches.

Speaking exclusively to Saj Sadiq of PakPassion.net, Zia spoke about his impressions of bowling in England, the importance of overseas tours for young Pakistani cricketers, the experience of attending Wasim Akram’s training camp and the pressure of being earmarked at a young age as one of Pakistan’s brightest young fast bowling prospects.

PakPassion.net (PP): You and your team mates remain unbeaten in the tri-nation tournament against England and Bangladesh. You must be pleased with how the tournament is progressing?

Zia-ul-Haq (ZH): Yes, we’ve playing some good cricket and as a team we have clicked. We’re young cricketers still finding our feet and learning about the game but this is a fantastic opportunity to play in England and in conditions that we aren’t used to. We are delighted with the progress so far but there are still a few matches left in the competition including the final on 19th August.

PP: Bowling in conditions that offer some support to you as a seam bowler must be enjoyable?

ZH: Absolutely. I wish I could take some of the wickets that I have bowled on here in England back to Pakistan with me! As a seam bowler in England you know that you will get more help on these types of wickets than you would find back home in Pakistan. That isn’t to say that it’s easy to bowl on the wickets in England — you have to still bowl well and in the right areas, but there is definitely more assistance here in England for my style of bowling.

PP: What specific adjustments have you made to your bowling since you arrived in England to take part in the ongoing tournament?

ZH : One of the most noticeable adjustments that I have made to my bowling in England is to pitch the ball further up than I would in Pakistan. In Pakistan if you pitch the ball up more often than not the opposition batsmen will plant their front foot and drive you to the boundary through the line of the ball. Here in England because the ball is moving around I can afford to pitch the ball up a little further and it’s not as easy for the batsmen.

PP: You’ve been a member of several junior tours around the world. How important do you feel these tours are in your development as a cricketer?

ZH: The more junior tours that can be organised outside of Asia, the better it will be for Pakistan cricket and the better it will be for the development of Pakistan’s young cricketers. I’ve spoken with current and former international cricketers and they all say that it always helps if you have had the chance to tour a country at a junior level before playing international cricket there. I’m just trying to get as much experience under my belt as possible, particularly of bowling in unfamiliar conditions.

PP: You’ve featured in 14 First Class matches, around the same number of List A matches and also a couple of domestic Twenty20 tournaments. Are you happy with your progress since you made your domestic debut in 2010?

ZH: I’ve played alongside and against a number of current and former international cricketers and that has been very beneficial. The advice of senior cricketers like Mohammad Hafeez, Wahab Riaz and Kamran Akmal has really helped me and their continued guidance will undoubtedly be beneficial.

As a pace bowler in Pakistani domestic cricket your learning curve has to be a steep one. You have to learn and develop quickly otherwise you soon find yourself sitting on the outside and looking in. It’s frightening the number of excellent bowlers over the years who did not have long careers in terms of domestic or international cricket and that is something that I don’t want to happen to me. There are so many fast bowlers in every squad waiting for a chance and competition for places is intense. That really keeps you going, knowing that there are five or six boys wanting your place in the side.

I’m happy with the progress I’ve made so far and I feel that the next 12-18 months are crucial in terms of my development as a fast bowler as this is the time that I feel I can really improve and establish myself for my domestic teams. After that, who knows what is possible? It’s very important that I keep on working on my bowling and improving.

PP: There seems to be an abundance of left-arm pace bowlers in Pakistan cricket at the moment. Is there something in the water that Pakistan is producing so many left-armers?

ZH: (laughs) No I don’t think there’s anything in the water. I guess it’s a phase we are going through. A few years back there was only Wasim Akram but now there are so many left-armers and competition is intense, and we are all trying to outperform each other which is good news for Pakistan cricket.

Junaid Khan, Mohammad Irfan and Wahab Riaz are currently in favour with the selectors but that’s not to say that they will be there forever. I’m one of a number of left-arm pace bowlers in Pakistan cricket who is waiting for an opportunity in international cricket and I’m sure I won’t let anyone down when or if my chance comes in international cricket for the senior Pakistan team.

PP: Speaking of Wasim Akram, what did he say to you about your bowling at the training camp earlier this year?

ZH: Working with Wasim Akram was a fantastic opportunity. He’s a cricketer who is looked upon as a hero by so many cricketers in Pakistan and to receive advice and guidance from him was brilliant. From a technical perspective, Wasim Akram spoke with me about the length I bowl particularly with the new ball. He felt that I was bowling slightly too short with the new ball and wanted me to make an adjustment in pitching the new ball further up to the batsman. I took on board his advice and I feel it’s made a difference.

Both Wasim and Mohammad Akram also spoke with me about my wrist position when making adjustments for the outswinger and the inswinger. They were both impressed with my ability to swing the ball both ways and offered me tips on enhancing that ability further. They also complimented me on my bowling action and stated that it doesn’t need any adjustments.

I really enjoyed the experience of working with Wasim and Mohammad Akram and hopefully I’ll get the chance to work with them in future. All of the boys found the experience beneficial and we all went away from there feeling that the camp had been of great use.

PP: In Pakistan there’s always a lot of excitement when young fast bowlers catch the eye of cricket lovers. Do these expectations add to the pressure on young upcoming fast bowlers like yourself?

ZH: In Pakistan, fast bowling is revered. We’ve always had great fast bowlers over the years and yes the hype does build when a young fast bowler does well at junior level and in domestic cricket. But that is part and parcel of the expectations of the fans and I would rather that cricket lovers are talking about me in a positive light than not talking about me at all.

I don’t feel any additional pressure as such, just because expectations of me are very high. All I can do is to keep on learning, improving and to ensure that I don’t let the hype get to me.

PP: Have you set yourself a target in terms of representing Pakistan?

ZH: The targets I have set myself are to improve and to perform with consistency in domestic cricket. After that, anything is possible. Over the years we’ve seen the selectors give youngsters a chance so let’s see. My short-term plan is definitely to consistently perform well in domestic cricket and in the long term, it is probably like many young cricketers in Pakistan and that is to play for my country for many years.