Zimbabwe have a few players of adequate talent, but they fail to perform as a team.

Zimbabwe lost the One-Day International (ODI) series 3-0 against India at home and now have surrendered meekly in the first T20 International (T20I) as well. They have one more game to resurrect themselves, but they have a poor approach to their game, which will not hold them in good stead. Although they have quite a few talented players in their ranks, they still have a long way to go before they can be competitive, reckons Pramod Ananth. ALSO READ: India vs Zimbabwe, 1st T20I at Harare, Highlights

Bangladesh have turned a corner and have finally performed well at home. They whitewashed Pakistan 3-0, blanked India 2-1 and beat South Africa with ease in the following series. These wins were all at home and in the shorter format off the match. But one can at least say that they have made some progress, unlike Zimbabwe. Zimbabwe struggled at the ICC Cricket World Cup, lost to Pakistan in the following series and look clueless against India at the moment. ALSO READ: Tamim Iqbal steps up to help Bangladesh complete treble

Zimbabwe are currently languishing in the 11th place in the ICC ODI rankings, 7 points below Ireland and just two above Afghanistan. They have not played a Test since they were beaten by Bangladesh in November 2014. They clearly have a lot of problems but they will have to start from somewhere and soon.

The departure of Brendan Taylor has surely had some impact on them. Taylor, a calm, composed and technically sound batsman has dug Zimbabwe out of trouble on numerous occasions, but his teammates have always let him down. Zimbabwe have a lot of talent in their ranks. The likes of Chamu Chibhabha, Hamiltom Masakadza, Prosper Utseya have all been around for a while but they have somehow not managed to help their side blossom. ALSO READ: India vs Zimbabwe 2015: Zimbabwe marks out of 10 in ODI series

What Zimbabwe do sometimes is give their opposition a run for their money. They have often come close to winning a match but they are not able to go over the line. It happened during their tour to Pakistan and it happened in the first ODI against India as well. But overall, they have been poor and have received only what they deserve.

Zimbabwe had a good opportunity to carry whatever little momentum they built during the fag end of the Pakistan tour into this series against India, but alas, they have struggled and have shown no signs of improving. They have an excellent coach in Dav Whatmore, who has often transformed the fortunes of many teams in the past. They must make full use of his experience and learn from him.

Zimbabwe, no doubt are nothing close to the team they were with the likes of Andy Flower, Grant Flower and Heath Streak around, but they will have to dig deeper, work harder and apply themselves to the fullest. At the end of the day, they are only letting themselves and their nation down with their shabby performances. 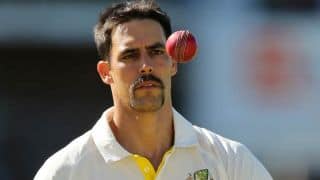