It was evident that Zimbabwean were playing for the country, not for themselves.

Set a target of 304 to chase, Zimbabwe were phenomenal for most of the chase. They stuttered and stumbled towards the end and it looked like they would yet again lose after being in an advantageous position, but Craig Ervine drove his team home in style. Rishad D’Souza feels that Zimbabwe richly deserved the victory. MATCH REPORT: Craig Ervine ton powers Zimbabwe to triumph against New Zealand in 1st ODI at Harare

During their recently-concluded home-series against India, Zimbabwe lost every single One-Day International (ODI). What was worrying was that Zimbabwe lost a couple of those matches after getting into seemingly advantageous positions. They appeared to be on a similar route against New Zealand at Harare, but they did not let victory elude them this time. Zimbabwe vs New Zealand 2015, Live Cricket Score: 1st ODI at Harare

While Hamilton Masakadza and Craig Ervine were at the crease together, it looked like Zimbabwe would sail towards an emphatic win. However, after Masakadza was dismissed for 84, skipper Elton Chigumbura walked out and wasn’t quite at his best.

Chigumbura consumed far too many balls without scoring off them, increasing the pressure on a serene Ervine at the other end. It was almost super-human the way Ervine soaked in all that pressure without appearing to be shaky for one single moment. Zimbabwe vs New Zealand 2015, Live Cricket Score: 1st ODI at Harare

Ervine was resolute in the way he played, and even though he didn’t receive a whole lot of support from the other end he kept going. He scored his maiden ODI hundred, and cherished every bit of it, but his sights were set on the bigger goal. Zimbabwe had to prove that they could win matches rather than just appear competent and squander matches at the fag end.

After Chigumbura was dismissed, Sean Williams was the new batsman at the crease. Williams — himself a batsman of great ability — could easily have decided to partake in the limelight by going for his shots, but he was wiser than that. He was completely aware that the man at the other end was far more adept to chase the total down.

Williams showed maturity by simply rotating strike and letting Ervine do what Zimbabwe was looking forward to with such great anticipation — an ODI win against a top side. Ervine himself was so focussed on the job, the New Zealand bowlers became clueless as to how to get the better of him.

In the end Ervine scored an unbeaten 130 and was the hero, but Williams’ 9-ball 7 wherein he rotated strike seven times can’t be underestimated. It was quite clear that the Zimbabweans were looking beyond personal gains; they wanted this one for the team. The final run was scored off a wide; Ervine could have chased after it so as to score the winning runs of his bat, but he was content with just what the wide could accomplish. Zimbabwe richly deserved that victory, and one hopes they can do it more often. 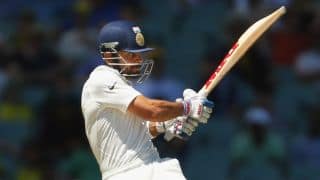 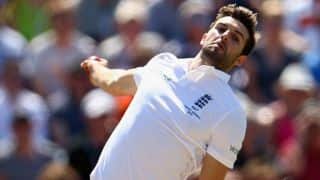