India thus boosted its overall gold tally to 11 on the final day of competitions.

India’s unhindered supremacy in the Asian Games‘ kabaddi competition continued after both the men’s and women’s teams successfully defended their respective gold medals with hard-fought final triumphs over Iran here today. Staging a fantastic second-half recovery, Indian men surged to their seventh straight gold by defeating Iran 27-25 in a thrilling final at the Songdo University Gymnasium.

India thus completed a golden double on the kabaddi mat for the second successive edition after the women defeated the same nation 31-21 in their final held earlier in the day. The country thus boosted its overall gold tally to 11 on the final day of competitions here. But it was touch and go for the Indian men, who have won the gold medal with ease on the six previous occasions since kabaddi was introduced in the 1990 Games at Beijing. They played catch-up with Iran for most part of the game before drawing level with the last seven minutes of the 40-minute match left.

The winners were trailing by a big margin of 13-21 at half time and a huge upset was on the cards before the defending champions pulled it around in the second half with some aggressive raiding and smart catching.

Captain Rakesh Kumar, who played with a bandaged head after getting injured by a rival defender’s knee during his raid in the second half, said after the game, “By god’s grace we won. It was tougher than we expected. Iran is a good team, but we made some mistakes initially and fell behind before recovering.” Rakesh also said at half time, the strategy chalked out was to pack off Iran quickly for a ‘lona’ — with only four players of the rivals left as compared to their own five — at that stage and come back into the game. “That’s what we did. Had we fallen even further behind then, it would have been curtains,” he conceded.

India started on the wrong foot against the super-fit Iranians who looked like men possessed as they raided with gusto and defended with zeal to jump to a 17-7 lead before the Indians, who even conceded a ‘lona’ (after being all out), knew what happened. Thereafter, India took firm control from the first five minutes of the second half following a strong raid by Abhilasha Mhatre to take a 19-15 lead. They got another timely lona in the seventh minute to lead 25-16 and there ended Iran’s hopes though they tried to stage a fight back towards the end.

Iranian women were in tears after the loss, having come here with a mission to dethrone India for the gold medal. The team even had a computer software engineer and a doctorate in agriculture in its ranks.

Later Indian captain Tejaswini Bai said her team members were expecting a tough final against Iran after seeing their performance in the earlier stages. “We knew we might face them in the final. They are a very aggressive side and we wanted to keep a big lead right through. We succeeded in our gameplan. We had a good combination of seniors and juniors and had trained well. But women’s kabaddi is growing in standard and we had to fight harder than what we did in Guangzhou,” said Tejaswini.

India’s coach Edachery Baskaran praised Iran and said “they are a very good team. But our team was well prepared for their aggression. We succeeded in our strategy. In offence Tejaswini and Mamatha, both Arjuna awardees, played very well and in defense Priyanka and Kishori Shinde caught the eye.” 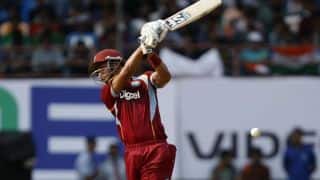