With an aim to defend their gold medal, Indian women produced a clinical performance to outwit hosts South Korea by 45-26 margin to enter the semi-finals of the Asian Games Kabaddi event at the Songdo Global University Gymnasium on Tuesday.

India, who beat Bangladesh 29-18 in their lung opener, trounced the Koreans after taking a commanding 27-10 half time lead. They thus topped the group en route their last four entry. The Indians secured six points by packing off the entire Korean team thrice in the match, including twice in the opening half.

The bulk of their points, 32, came through touching or bundling out the rival players during raids or defending. They also got two bonus points for touching the bonus point line in the rival court. The Koreans never really threatened the Indian women though late in the second half their raiders twice packed off two rival players.

For India, Mamatha was the dominant raider in the opening half along with captain Tejaswini Bai while Pooja Thakur also did her bit. Korea’s Shin Somin suffered an ankle injury during a raid and had to be taken off the court. India await the runners-up of Group B in the semi finals scheduled for 2 October. India are serious contenders for the men’s gold too. The men have grabbed six straight gold medals since the sport’s inclusion in the 1990 Beijing Games. 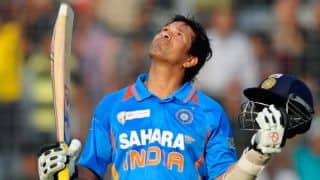 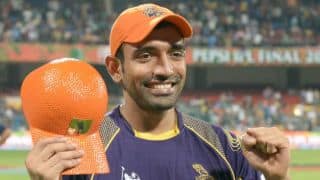