Inderjeet took home the shot put bronze with a best throw of 19.63 metres.

Indian athletes will be returning home from South Korea with two golds, three silvers and eight bronzes, making it 13 from the discipline, one more than the 2010 Guangzhou Asiad.The 4x400m relay team comprising Priyanka Panwar, Tintu Luka, Mandeep Kaur and M. Poovamma successfully defended their title in style by setting a Games record with a time of three minutes and 28.68 seconds to overhaul the previous record, also set by India in the 2010 Guangzhou Games.

Mandeep, who along with Priyanka failed a dope test in 2011, is the only existing member of the team that won the gold four years ago along with Manjeet Kaur, Sini Jose and Ashwini Akkunji.India have now set a remarkable record of winning the 4X400m race for four consecutive Asiads.
The Japanese team of Aoyama Seika, Matsumoto Nanako, Ichikawa Kana and Chiba Asami set a season’s best time of 3:30.8 to take silver while China’s Li Manyuan, Wang Huan, Chen Jingwen and Cheng Chong clinched the bronze in 3:32.02, also a season’s best time.

Later in the day, Inderjeet took home the shot put bronze with a best throw of 19.63 metres, coming on his fifth attempt out of six. Saudi Arabia’s Sultan Abdulmajeed Alhebshi set his season’s best throw of 19.99m to win gold while Chinese Taipei’s Chang Ming Huang took silver with 19.97m.

Inderjeet threw the metal ball at 17.19m in his first attempt which he bettered on his second to take it to 18.52m. He equalled his best on the third try but his fourth throw went slightly down to 18.14m before emerging with 19.63m which earned him the metal. His sixth attempt was disqualified.

In other competitions, Rajender Singh finished 11th among 17 participants in the men’s javelin throw final. His best attempt of 73.43 metres came on his first try, out of three, but it was considerably below his personal best of 79.32m.Arpinder Singh and Renjith Maheshwary failed to secure any medal from men’s triple jump final, finishing fifth and ninth respectively. Arpinder, a Glasgow Commonwealth Games bronze medallist, managed a best leap of 16.41m on his first attempt among six bids while Renjith registered a best of 15.67m.

Sahana Kumari finished eighth among 10 participants in the women’s high jump final. The national record holder managed a highest jump of 1.80m, well below her personal best of 1.92m, to finish towards the bottom of the standings.Runners O.P. Jaisha and Preeja Sreedharan finished fourth and eighth respectively in the women’s 5,000 metres final. Though Jaisa clocked a personal best time of 15 minutes and 18.3 seconds, she was way behind the podium finishers.

Preeja, on the other hand, finished the race in eighth, out of 17 competitors, with a season’s best time of 15:39.52.
Rahul Kumar Pal and Suresh Kumar set their personal best times to finish a creditable fourth and fifth in the men’s 10,000 metres final. Pal finished the race in 28:52.36 while Suresh came home a little further behind in 28:58.22. 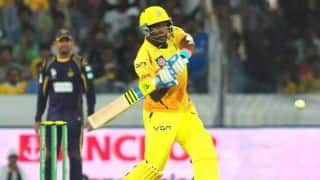