While cricketers have gone on to win hearts of their countrymen with their feats on the field, some have ventured into hospitality to ride on their popularity.

It is said that a way to a man’s heart is through his stomach. While cricketers have gone on to win hearts of their countrymen with their feats on the field, some have ventured into hospitality to ride on their popularity. Nishad Pai Vaidya picks cricketers who entered the hospitality business over the years.

Sachin Tendulkar began his entrepreneurial journey during his playing days as his first restaurant, Tendulkar’s, was inaugurated in 2002 in Mumbai. He had started this venture in partnership with well-known hotelier Sanjay Narang. Tendulkar’s second restaurant called Sachin’s also made an appearance in one of Mumbai’s northern suburbs and in Bangalore.Despite his iconic stature, success did not come his way in this arena. There were reports that he was planning a comeback in hospitality, but no projects have been announced so far.

The Prince of Kolkata’s ambitious Sourav’s— The Food Pavilion lasted only for only seven years in a city that literally worships him. The Food Pavilion had four levels, with different restaurants and a bar. It began in 2004, while he was still captain of the Indian team, in partnership with another company. Two years down the line, Ganguly became the full-time owner of the restaurant, but he could not prevent it from shutting down in 2011. “Sourav is very busy. I am also busy. We were not getting time to run it properly. So we took this business decision,”Snehashish Ganguly, his brother, told IANS.

Virender Sehwag has always looked up to Sachin Tendulkar, trying to ape his idol on the field of play. As his cricketing stocks grew, the Nawab of Najafgarh walked in Tendulkar’s footsteps and started a vegetarian restaurant called Sehwag’s Favourites in Delhi. It did not end happily for Sehwag as the restaurant shut and he moved the court against his partner.

Compared to some of his former teammates, Zaheer Khan has tasted some success in the hospitality business as he has gone on to expand his chain of restaurants. Zaheer started off in 2004-05 with a restaurant in Pune called ZK’s. He also owns Banquet Foyer, which deals with corporate events. Then, in 2013, he started a lounge called Toss in Pune, which was inaugurated in the presence of some of his Royal Challengers Bangalore teammates.Speaking to CNBC-TV18, Zaheer said that an injury-ridden time made him consider new avenues. “Injuries forced me to think about things and I got into it. Obviously, cricket has always been a priority and it will be a priority going forward as well. But this is something where I have formed a right team and things just started to unfold and I was able to learn things quicker.”

Off the field, Chris Gayle is known to live life king size. Known for his love of partying, the West Indian launched the Triple Century Sports Bar in Kingston, Jamaica. On the social media, Gayle often shares picture of him having a good time on his turf. The venture seems to work well as a reviewer wrote in the Jamaica Observer, “Triple Century has certainly managed a fine fusion of local and international dishes with enough vegan options in the mix; all cooked and presented in style.”

Even as Ravindra Jadeja was trying to cement his place in the Indian team, he started a restaurant called Jaddu’s Food Field on December 12, 2012 in Rajkot. As Jadeja considers 12 his lucky number, he picked 12.12.2012 as the date of the launch. It coincided with his maiden Test call-up and was launched while he was away with the Indian team.Jadeja told Times of India, “Obviously it was a numerically special day — 12.12.12. But apart from that, I consider 12 as my lucky number. I was also born in the 12th month of the year — December 6, 1988. I always wear No 12 jersey. And I was also picked for Test cricket in the 12th month of 2012.”

Mohammad Ashraful invokes contrasting opinions from cricket fans. He started off as a prodigy with immense talent but one who never quite lived up to potential. And, when he showed signs of settling in, he admitted to match-fixing in the Bangladesh Premier League (BPL) and was banned for five years. Fortunately, he had his business to sustain him as he owns a Chinese restaurant in Dhaka called Sichuan Garden.

Mahela Jayawardene and Kumar Sangakkara are the Jai-Veeru of cricket as their partnership transcends the field of play. With that strong friendship, they had the knack of stitching together those big partnerships on the field of play. Off the field, they ventured into new horizons when they partnered with renowned chef Dharshan Munise to start The Ministry of Crab in Colombo. As the name suggests, the restaurant focuses on seafood, particularly crabs. The restaurant’s website is attractive and classy, almost as if the two batting geniuses have invoked their artistry off the field.

In 2002, Ajay Jadeja’s Italian restaurant Senso opened shop in Delhi. India Today reported that Diwakar Shastri, the grandson of former Indian Prime Minister Lal Bahadur Shastri, was one of investors in the restaurant. The restaurant wasn’t able to attract diners regularly and Jadeja was left to focus on cricket and the media.

Being the man who led India to world glory in 1983, Kapil Dev became an iconic figure in the country. He launched a hotel in Chandigarh in the 1980s. Initially named as Hotel Kapil, it is now known as Kaptain’s Retreat. It continues till date in his home town as Kapil has expanded his entrepreneurial activities to other avenues.

Robin Uthappa and S Sreesanth were the toast of the nation following India’s victory at the ICC World T20 2007. The two India players partnered in a lodging-cum-cafe venture called the Bat and Ball Inn. It started in Bangalore in tandem with former Kerala cricketer JK Mahendra. Like many other hospitality ventures by cricketers in India, this too failed to pick up. 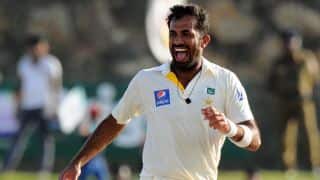