The year 2014 saw a few big names names calling it a day in one or more format of the game.

From former captains to legendary players, from faithful workhorses to unlucky potential stars, the year 2014 saw a few big names names calling it a day in one or more format of the game.

Shiamak Unwalla recaps the cricketers that bid farewell to the game.

The New Zealand batsman was the last man to announce his retirement from all forms of the game. How made the announcement in December, stating that the current domestic season would be his last as a professional cricketer. How played 19 Tests, 41 One-Day Internationals (ODIs), and five Twenty20 Internationals (T20Is) for New Zealand, but failed to average more than 30 in any format.

The South African middle-order batsman was one of his side’s most dependable batsmen for nearly a decade. Despite his peculiar back-lift and unorthodox technique, the left-hander managed a Test average of over 40 with 11 hundreds and an equal number of half-centuries. He also averaged 35.10 in ODIs, but at a slightly sub-par strike rate of less than 68. He announced his retirement in March.

The Australian off-spinner is famous for grabbing eight Indian wickets on debut, but failed to make much of an impression after that. Krejza announced his retirement in November, informing Cricket Australia that he was calling it a day due to injury-related fitness issues. “I had too many operations, the body went a bit south and I never got the feeling of bowling like I was at my best because my body didn’t allow it…My body was getting to a point where it was screaming at me,” he said.

One of the most unfortunate names on this list, Kartik’s career coincided with those of Harbhajan Singh and Anil Kumble. Added to that was Sourav Ganguly’s perceived aversion to left-arm spinners, which meant that Kartik hardly ever got a chance in his heydays. When he was picked out of the blue to play for India against Australia in the ODI series in 2007, he responded by taking six for 27 in the final match of the series, still the best figures by a left-arm spinner against Australia in ODIs. However, he played just three more matches after that before being overlooked for the likes of Ravindra Jadeja and Ravichandran Ashwin. Kartik played only eight Tests, 37 ODIs and a sole T20I. Kartik made the announcement of his retirement in June.

Unarguably the most unlucky person on the list, Brad Hodge deserved to play much more than six Tests, 25 ODIs, and 15 T20Is that he played. When future generations look upon Hodge’s statistics and see his Test average (55.88), they will wonder why he never played more. Also once the leading run-scorer in all T20 cricket, Hodge was rarely looked upon as anything more than a stop-gap arrangement by the Australian selectors. He would be picked in the squad, play one match to cover someone’s injury, score runs, miss out once, and then get dropped again. Hodge decided to hang up his boots after Australia’s disastrous ICC World T20 2014 campaign, where the only team they managed to beat was Bangladesh.

Sammy is very much still an active cricketer, having retired from only one format of the game: Test cricket. Sammy made the decision after he was sacked as captain in the longest format in May, but remains a permanent fixture of West Indies’ ODI and T20I teams, though he does not lead either side any more. Sammy took a remarkable seven for 66 on Test debut, and led West Indies for the better part of his 38 Tests. He had a moderate career, averaging a disappointing 21.68 with the bat, and taking 84 wickets at an average of 35.79 and strike rate of 73.9 with the ball.

South Africa’s most successful Test captain decided to hang up his Test boots in March. Smith led South Africa in a record 109 Tests, and did so with much success. Under him, South Africa became one of the most dominant sides in world cricket across formats. Having already retired from ODIs in 2013, Smith decided that the home series against arch-rivals Australia would be his last. In 117 Tests, Smith scored 9265 runs with 27 centuries — none of which came in defeat — and 38 fifties at an average of 48.25 — a number that went up to 51.96 in the fourth innings!

8. Mahela Jayawardene
The Sri Lankan stalwart decided to call it a day from the shortest and longest formats of the game. He retired from T20Is post the ICC World T20 2014, and played his final Test at his home ground of Sinhalese Sports Club Ground, Colombo, in August. “It’s been an emotional day but I promise I won’t cry,” he said at the post-match press conference. Jayawardene played 149 Tests, and retired with over 11,800 runs including 34 tons and 50 half-centuries. He also played 55 T20Is and maintained a highly respectable average of 31.76 with a strike rate of 133.18, while scoring nine fifties and a round 100.

If Jayawardene decided to give up one format, could Kumar Sangakkara be far behind? Sometimes referred to as “Sangawardene,” the duo’s bromance is the stuff of legends. Like Jayawardene, Sangakkara too retired from T20Is after the ICC World T20, but remains active in ODIs and Tests. However, he recently suggested that the ICC World Cup 2015 would be the last time he played 50-over cricket, while suggesting that he might not play Tests past 2015 either. Sangakkara’s T20I record is almost as distinguished as his mate’s: 1,362 runs in 56 games at 31.40 with eight fifties.

Perhaps the biggest shocker of the year came in the form of Jacques Kallis announcing his retirement from ODIs in July. Kallis’ retirement came less than a year before the ICC World Cup 2015, and was a huge blow for South Africa. Without Kallis, they have since struggled to find an all-rounder who can match the giant’s feats. Kallis had previously retired from Tests after India’s tour to South Africa in 2013-14, but remained in the scheme of things in the shorter format. Statistically the greatest all-rounder of the modern era, Kallis played 328 ODIs to score 11,579 runs at 44.36 to go with 273 wickets at an average of 31.79 and strike rate of 39.37.

Shahid Afridi announced that he planned to retire from ODIs after the ICC World Cup 2015. However, given his track record of retiring and returning multiple times — and given that he is still one of the fittest players of the side — it would be wise to hold off the tributes just yet. 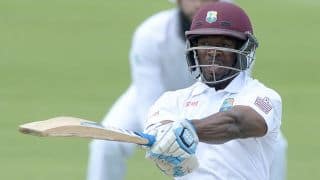