AB de Villiers’ scintillating knock of unbeaten 79 off 47 balls took Royal Challengers Bangalore (RCB) into the final of Indian Premier League (IPL) season 9 which the side will play at their den on Sunday, May 29.

He has been given monikers of 360 degree player, superman and superhuman. He brought all of them true on a Tuesday evening in front of a capacity crowd at M Chinnaswamy Stadium in Bengaluru when it mattered the most. In the qualifier 1 against Gujarat Lions (GL), AB de Villiers’ scintillating knock of unbeaten 79 off 47 balls took Royal Challengers Bangalore (RCB) into the final of Indian Premier League (IPL) season 9 which the side will play at their den on Sunday, May 29. ALSO READ: IPL 2016: Royal Challengers Bangalore beats Gujarat Lions by 4 wickets at Bengaluru, Stars and Flops.

Quite rightfully, his skipper Virat Kohli said at the post-match presentation that this knock from AB should settle the debate as to who the best player in the world is. This statement coming from another modern-day great summed up ABD’s effort, which was special as it came when the wickets were crumbling and the chips were down. At 6 for 68 in pursuit of 159, the match looked all but over but it was the AB special that won it for RCB. ALSO READ: Once a pupil, Virat Kohli now turns master for AB de Villiers.

After the match, in an interview with IPL’s official website, de Villiers said this knock against GL was way much better and satisfying than any hundred he has scored in his career. “This is a million times better than any hundred I have scored. I have said it so many times before that I don’t look at stats. I don’t look at hundreds or two hundreds or all of that nonsense. I just want to cross the line for the boys. Tonight was a prime example of that. I have failed so many times in the past in pressure situations like that, but tonight my experience helped me. The amazing support here in M Chinnaswamy Stadium helped me to cross that line”, AB said. 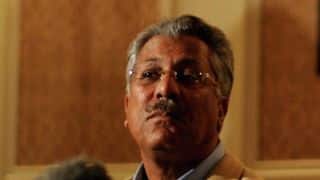 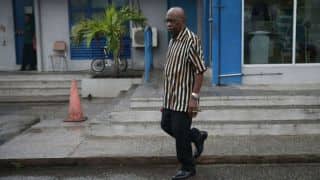