Bindra, who finished fourth in 10 m air rifle in the 2016 Rio Olympics, was questioned by the daily if he would prefer to get into sports administration.

The only Olympic gold medalist in an individual event in the history of Indian Olympics — Abhinav Bindra made a controversial remark on legendary Indian cricketer Sourav Ganguly. In an interview with a Bengali Daily Ei Samay, Bindra opined about Ganguly’s rise as a sports administrator. Also Read: Sourav Ganguly backs Umesh Yadav; advises Virat Kohli to make better us of him

Bindra, who finished fourth in 10 m air rifle in the 2016 Rio Olympics, was questioned by the daily if he would prefer to get into sports administration. Bindra replied that he is not eager to don the new hat as he was not keen on getting into politics. According to him, politics is a criterion for scaling new heights in sports administration.

When the light was thrown on Ganguly, Bindra was quoted by the report as saying, “Who said Ganguly is not involved in politics? I am aware that he is a political sports administrator. You should know how he rose through ranks as an administrator.”

Not to miss out on the fact that Bindra was upset about his elimination from the Rio Olympics 2016 and when further asked about his future plans he said that he would sell his rifles and look for a career in vegetable farming. Bindra even asked the journalist if there was any hope to cover Tokyo Olympics in 2020 for the daily. 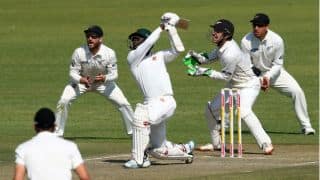