Ahead of Heats’ game tonight against Hobart Hurricanes, Gilchrist posed alongside the franchise’s mascot and called it, Hayden.

When we talk about the most destructive opening pair in limited-overs cricket, one of the pairs that come on top of mind is Adam Gilchrist and Matthew Hayden. The two left-handers massacred bowling attacks all over the world and were prime reasons for Australia’s prolonged supremacy in world cricket.

Gilchrist now is one of the most popular commentators in the Big Bash League (BBL) and his muscular opening partner of previous decade played for Brisbane Heat in the inaugural edition in 2011-12.

Ahead of Heats’ game tonight against Hobart Hurricanes, Gilchrist posed alongside the franchise’s mascot and called it, Hayden.

Great to see @HaydosTweets continued support for, and appearance at @HeatBBL matches He still after you @flintoff11 pic.twitter.com/qGs4WokE9g

Flintoff, who played for the Heats last season and is a part of the commentary team now, also replied to the tweet.

The great mans everywhere , have a good one tonight @gilly381 call the @HeatBBL to victory !! https://t.co/emJNnpqoUT

Mark Waugh, another brilliant Australian opener, is a huge hit in the commentary box. Flintoff later also tweeted that he missed the presence of Mark and tweeted:

BBL is more than cricket. Apart from the quality displays on the greens one cannot help but enjoy the fun-filled chemistry between the former cricketers. 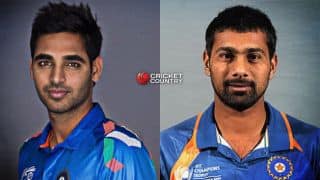 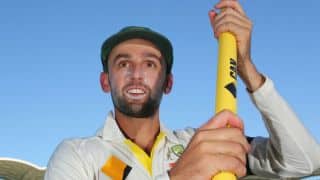