Ganesh Chaturthi is one of the most famous Hindu festivals, especially in the western part of the nation. This festival is majorly celebrated in the Indian state of Maharashtra on a massive scale. It is a festival which lasts for 10 – 14 days with people installing clay idol of Lord Ganesha at their homes and immersing it into a water source at the conclusion of the festival.

On this special occasion, several cricketers wished Happy Ganesh Chaturthi from their official Twitter accounts. The Indian team will soon play their next series against New Zealand at home, which will start from September 22 and they surely need the blessings of this holy Indian God.

Check who tweeted what here:

Happy #GaneshChaturthi to you and your family. Stay blessed  pic.twitter.com/1iei5xiIHE

May the Lord vighna Vinayaka remove all obstacles and shower you with bounties. Happy Ganesh Chaturthi to all! #modak #GanapatiBappaMorya — R SRIDHAR (@coach_rsridhar) September 5, 2016

Happy Ganesh Chaturthi to all…

Happy #GaneshChaturthi. May you have the strength to tackle all your obstacles and get rid of them. pic.twitter.com/4GKPTDCaBE — Anil Kumble (@anilkumble1074) September 5, 2016

Wishing every1 a good health & prosperity. #HappyGaneshChaturthi. #HappyTeachersDay to all the teachers for being selfless!! #auspiciousday

May Lord Ganesha bring to all of you good luck, Happiness and prosperity Happy Ganesha Chaturthi!! pic.twitter.com/UcB8sDZe0G

Wishing everyone a festive Ganesh Chaturthi today. Be happy and generous. 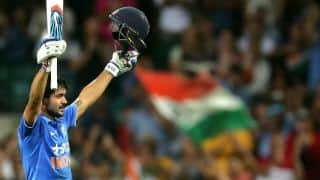 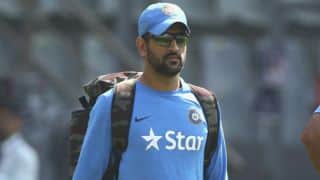