When an impatient pedestrian patted the taxi with his umbrella, the taxi-driver jumped out and punched the man.

After a day’s play during an Ashes contest at The Oval in 1964, Neville Cardus and Jack Fingleton were returning from dinner in Soho when their taxi got stopped in the notorious traffic of the theatre crowd. When an impatient pedestrian patted the taxi with his umbrella, the taxi-driver jumped out and punched the man.

Both journalists were taken aback. Fingleton, perhaps the braver of the two, went on to praise the driver’s action with the intention of calming him down. The driver replied: “I’ve been watching that Bill Lawry bat all day at The Oval and I’m in no mood to put up with any more bloody nonsense.”

Ian Woolridge of The Daily Mail dubbed Lawry as “a corpse with pads on” because of his ultra-defensive approach to batting. The man who gets super-excited, screaming words like “It’s all happening here” and “got him!” in his role as a commentator, was absolutely boring as a batsman. Cardus and Fingleton could probably emphatise with the taxi driver. 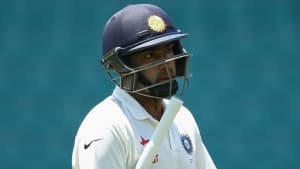