A fine of $10,000 has been imposed on Chris Gayle by the Melbourne Renegades.

Mel is a Network Ten journalist and interviewed Gayle right after his dismissal at the Blundstone Arena. In middle of the conversation Gayle played his cards and suggested that the pair should go out for a drink once the match was over. Cricket Australia condemned his actions and Gayle drew heavy criticism because of this. Also read: Yearender 2015: Top 10 funny cricket moments in 2015

Gayle further made things worse when he asked Mel not to blush and said, “Don’t blush baby” to which the journalist maintained her composure and tersely replied saying, “I’m not blushing.”

The Head of the BBL, Anthony Everard feels the move by the Jamaican was inappropriate and has no place in the league or sport. He was quoted in a report from Cricket.com.au saying, “I heard Chris’s comments and they’re disrespectful and simply inappropriate.”

Everard further added, “We’ll certainly be talking to him and the Renegades about it. This league is all about its appeal to kids, families and females. There’s just no place in the BBL – or, for that matter, cricket anywhere – for that sort of behaviour.”

Stuart Coventry, Renegades’ CEO supported Everard and said, “I heard Chris’ comments and we agree with both Cricket Australia and Channel 10 that they’re disrespectful and simply inappropriate. We’ll certainly be talking to him in association with Cricket Australia about it. The Melbourne Renegades is all about its appeal to kids, families and females. There’s just no place for that sort of behaviour.”

The incident became viral on social media, where some people let the incident go as a joke whereas other took it very seriously and criticised Gayle.

Gayle finally opened up on this and replied saying, “A lot of things have flared up from a simple comment, a joke, a simple joke on air and it seemed to went out of proportion,” Gayle said as reported by cricket.com.au. “There wasn’t anything at all meant to be disrespectful or offensive to Mel and if she felt that way I’m really sorry for that.”

Gayle has been entertaining and playful character on and off the field but these comments certainly saw him in middle of all the controversy. According to a report from ESPNCricinfo, a fine of A $10,000 has been imposed on Chris Gayle by the Melbourne Renegades. Coventry made the announcement at a press conference in Melbourne and the fine money will be donated to McGrath Foundation. 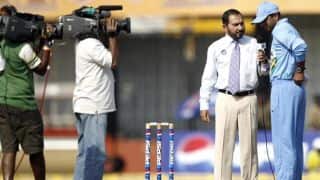 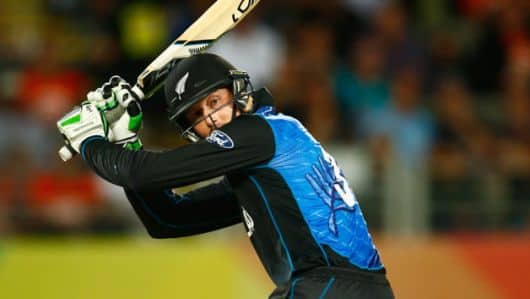