Group B rivals Mumbai Heroes face Chennai Rhinos in the first match of the Celebrity Cricket League 2015 (CCL 5) on Sunday, January 25 at the Sardar Patel Stadium in Ahmedabad. The two teams are set to battle it out for the top position in the points table.

The game will commence at 2:30 pm IST. Currently, the Rhinos and the Heroes are level on points having won both their matches but the Jiiva-led Chennai team top the Group B table based on better Net Run-Rate than the latter. Also Read: CCL 2015 Schedule: Celebrity Cricket League Time Table with match and venue details 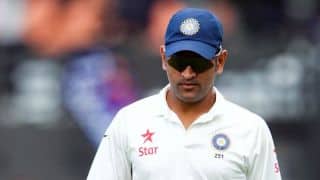