Chris Cairns: 11 facts one must know about the enigmatic New Zealand all-rounder

Chris Cairns: 11 facts one must know about the enigmatic New Zealand all-rounder

Chris Cairns, born on June 13, 1970, is one of the best all-rounders New Zealand have produced. On his day, he could win the game with both bat and ball.

Chris Cairns, born on June 13, 1970, is one of the best all-rounders New Zealand have produced. On his day, he could win the game with both bat and ball. However, Cairns was an enigma through a career that saw injuries and controversies. Today, he battles match-fixing allegations as he tries to get his life on track. Nishad Pai Vaidya picks 11 facts about Cairns.

Cairns’ father Lance was an all-rounder who represented New Zealand in 43 Tests and 78 One-Day Internationals (ODIs). He was also a very exciting batsman, with a career strike-rate of 104.88 in ODIs. Cairns senior played his last international game in 1985. Just four years later, his son donned the Black Cap.

Not only did Cairns play cricket, but he also made a name in rugby as a youngster and was named in New Zealand under-17s reserve side for one of their series in the late 1980s.

3.  Playing the first ever under-19 World Cup

Cairns featured for New Zealand Young Cricketers in the McDonald’s Bicentennial Youth World Cup in 1988, which was a precursor to the modern under-19 championship. He shared the New Zealand dressing room with Shane Thomson, Lee Germon and future England seamer Andy Caddick. That tournament saw numerous notable future stars such as Brian Lara, Inzamam-ul-Haq, Mike Atherton and Nasser Hussain, to name a few.

A few days before his 18th birthday, Cairns made his First-Class debut in a county game between Nottinghamshire and Kent. Cairns had not played domestic cricket in New Zealand and had the rare feat of making a First-Class debut away from home.

Cairns had an injury-riddled career and could not play as much as he should have. It all started with his Test debut in 1989, where he had to endure an injury to his back. The tryst with injuries went on through his career. He played his last Test in 2004. In a Test career that spanned close to 15 years, Cairns, despite being one of the best all-rounders in the game, played only 62 out of the 119 Tests New Zealand played in that period.

6.  Walking out of a tour and playing for Nottinghamshire

Cairns had his fair share of disciplinary issues and clashes with authority. He did not get along with Glenn Turner, who was coaching New Zealand in the mid-1990s. On the tour to the West Indies in 1996, the issues compounded and Cairns went to England to play for Nottinghamshire.

New Zealand tend to perform above expectations in big tournaments. The only big event they have won is the ICC Knockout 2000, the precursor to the Champions Trophy. In the final against India at Nairobi, New Zealand were chasing 265 to win when they slipped to 109 for four. Cairns then struck a good partnership with Chris Harris, smashing a match-winning 102 not out to take New Zealand to their first ever world trophy.

8.  Most sixes in Test cricket

During Cairns’ final Test series in England in 2004, he broke Viv Richards’ record for the most sixes hit in the format. Richards’ mark was 84 and Cairns went past that number during the first Test at Lord’s. He finished with 87. Since then, numerous players have gone past him with Adam Gilchrist leading the way with 100.

9.  Married to an Australian

There has always been an intense rivalry between New Zealand and Australia. On the personal front though, Cairns is married to an Australian. He got married to Mel Croser in 2010. He had been married twice earlier and has children from former wives. His father Lance too married thrice. Cairns’ stepfather was also a club cricketer in New Zealand.

In 2013, Chris Cairns, Lou Vincent and Daryl Tuffey came under the scanner as the International Cricket Council (ICC) commenced investigating them on the allegations of match-fixing. There were allegations that he had been involved in dubious activities during the Indian Cricket League (ICL) in 2008. Although he won a case of libel against Lalit Modi, who had tweeted about those allegations, Cairns wasn’t far from the controversy. Brendon McCullum also reported an alleged approach from Cairns to the ICC. Cairns, however, maintains his innocence.

With the match-fixing allegations coming up, Cairns faces more legal proceedings. There is a proceeding against him in London on charges of perjury, which deal with his case against Modi. As a result, he has to endure numerous legal bills. He now clean bus shelters to earn more money. A former New Zealand teammate of Cairns told New Zealand Herald, “He’s trying really hard and supporting his family the best way he can. He’s not moping around; he’s showing guts and doing hard work by cleaning bus shelters.” Life had dealt a big blow to him considering the fact that he worked in the diamond business a few years ago. 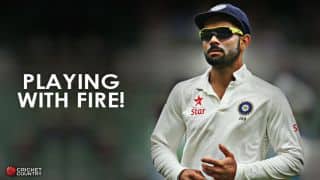 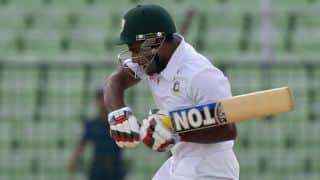