An all-time eleven, plus reserves, comprising only of wicketkeepers.

Arunabha Sengupta picks an all-time eleven, plus reserves, comprising only of wicketkeepers.

This is an overly ambitious attempt at creating an all-time eleven out of cricketers who have played considerable proportions of their Tests as specialist wicketkeepers.

The stumpers eleven formed below boast a fabulous batting line-up, comparable to any other world eleven, with four men flaunting 50-plus batting averages. But, the obvious challenge was to find bowlers among the keepers who were good enough to shoulder the curious burden out of their pads. And then there was the additional challenge of choosing a wicketkeeper among the eleven glovemen.

This team, as can be expected, does not have a tail.

1. AB de Villiers: Arguably the best batsman of the world at the moment, with perhaps Kumar Sangakkara — another qualified wicketkeeper — as his only rival. And this wonderful batsman has a decent exposure to opening the batting as well.

2. Clyde Walcott: Another stalwart who was one of the best batsmen of the world during his time, and certainly one of the hardest hitters. Additionally, he can be one of the main bowlers of the team, with his medium-paced cutters accounting for 11 victims in Test cricket in the 22 innings that he turned his arm over. He claimed 35 wickets in First-Class cricket, and walked in to open the Test batting twice.

3. Kumar Sangakkara: Yet another man with the claim of being one of the best batsmen of his generation, Sangakkara averages nearly 70 in Tests he did not don the big gloves. A magnificent soldier for Sri Lanka he is the first of the hugely talented left-handed mix in the middle.

4. Andy Flower: The best cricketer produced by Zimbabwe, period. The fourth batsman of the team who stood shoulder to shoulder with the greatest of his times.

5. Adam Gilchrist (captain): Someone who had a Test strike rate of over 80 and an average of 47 across 5500 runs. Gilchrist was one of the most destructive batsmen of all time and one of the most astute minds in the game.

6. Les Ames: The first great batsman among wicketkeepers. Often chosen ahead of George Duckworth because of his superior batting skills, Ames averaged over 40 in Tests and scored a 100 hundreds in First-Class cricket.

7. Jimmy Adams: At one time in his career, Adams had a batting average superior to Brian Lara. His great days did not last for that long, but he remained a quality performer. In addition to his keeping, he was a handy left-arm spinner.

8. Jim Parks: He played 46 Tests for England as a more than decent stumper and an impressive batsman. However, as the skipper of Sussex, he occasionally bowled leg-breaks and captured as many as 51 wickets in his career.

9. Tatenda Taibu: The young captain of Zimbabwe is a handy batsman and also has a Test wicket in the only innings he bowled. Among the 22 scalps in First-Class cricket there is a Spofforth-like spell which got him eight for 43. He will perhaps open the bowling with Walcott.

10. Will Storer: He is the star bowler of this team. He picked up two wickets in his six Tests for England, and as many as 232 in First-Class cricket with his leg breaks. He was also the first man to stand up to quick bowlers and a batsman good enough to get a double hundred at the top level.

11. Alan Knott (wicketkeeper): It is generally agreed that Allan Knott was the best wicketkeeper to ever draw breath. A gutsy batsman as well, he makes it to this team in the coveted role of wicketkeeper among wicketkeepers.

Aamer Malik: Okay, he did not keep for Pakistan in Tests, but did so in 15 One-Day Internationals. To steer clear of the finicky ones, we went for Taibu as a new ball option. Malik could bat anywhere and bowl a brisk and impressive fast-medium.

Tim Zoehrer: The Australian wicketkeeper of the 1980s was a decent enough keeper to capture 38 First-Class wickets with his leg spinners.

Hon Alfred Lyttleton: A sentimental choice. The first wicketkeeper to get a Test wicket, and he ended with four for 19 with his underarm lobs after Lord Harris had asked him to bowl. He cannot make it to the first eleven, though, since he did not get another wicket in his life. 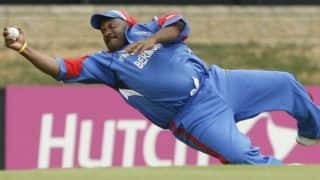