Allin is the second cricketer to die in last few days after Sussex bowler Matthew Hobden.

Former Warwickshire fast bowler Tom Allin, who played one First-Class match and one List A game for the county before leaving in 2013, has died at the young age of 28. Allin, described as “incredibly popular” by his club Warwickshire, also represented Devon and Cardiff MCCU.

Allin’s body was found by the police at the base of a bridge near Bideford on Monday and the circumstances of his death are being investigated. However, the police have refused to treat it as suspicious. English cricketer Matthew Hobden dies aged 22; was earmarked as one for the future.

Allin is the second cricketer to die in last few days after Sussex bowler Matthew Hobden, who died at the age of 22. He had spent six years at Warwickshire, who added in a statement: “Everyone at Edgbaston is immensely saddened.” The cricket fraternity has mourned his death with his colleagues sending in their condolences through Twitter.

Our condolences are with Tom Allin and his family.

We are sad to hear of the passing of Tom Allin. Our sympathies go to his family, friends and colleagues @DevonCCC & @WarwickshireCCC

Devastated to hear about the death of young Tommy Allin. Thoughts and prayers are with his family & friends #RIPTom #AlwaysBeABear

Terrible to hear the news of Tom Allin this morning , thoughts go out to his family and friends at North Devon and Warwickshire

The news of the death of Tom Allin is just so very sad. A really nice young man. The first young player I signed at the Bears.

Awful news about Tommy Allin. Genuine top bloke and a pleasure to have played with. #ripTom… https://t.co/Akz1w4TTP3

Very sad to hear the news of another young cricketer, Tom Allin, passing away, #RIP

Devastating news about Tom Allin. Thoughts go out to his family at this time #bearsfamily

We’re sad to hear of the passing of Tom Allin. Our condolences to the family and friends of Tom & everyone at @DevonCCC & @WarwickshireCCC

So sad to hear the news of Tom Allin. Our condolences to his friends and family. Another young star in the cricket sky. #cricketfamily

We’re saddened to hear that former Warwickshire bowler, Tom Allin has passed away. Our sympathies go to his family & friends #CricketFamily 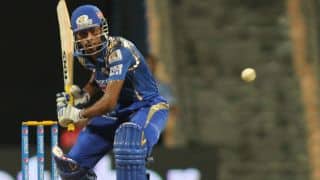 Hardik Pandya: All you need to know about limited-overs’ specialist Hashim Amla may have been South Africa captain, but wasn’t a leader