This saga has left the Indian cricket fraternity a divided house with former cricketers showing support to the two of them. While Bishan Singh Bedi backed Shastri, Sanjay Manjrekar and Gautam Gambhir have thrown their support behind Ganguly.

The entire exercise of finding Team India’s next head coach ended on a blissful note when former captain and one of game’s finest servants Anil Kumble was appointed for the role. However, as things unfolded, little did people know that there was some drama in store, as Team’s Director till the ICC World T20 2016 earlier this year and the frontrunner for coach’s role Ravi Shastri expressed his disappointment at losing out to Kumble. Also Read: Watch Sourav Ganguly hitting back at Ravi Shastri; even Twitter reacted to this ugly episode

His disappointment was not restricted to merely missing out on the role as he trained his guns at another former captain and a part of three-member Cricket Advisory Committee (CAC) Sourav Ganguly, who was involved in the selection process of the new coach. He commented that Ganguly was being “disrespectful” of him and the job of selecting the coach he was entrusted with, as he chose to skip Shastri’s interview. In return Ganguly too fired back with an apt statement saying, “If Ravi thinks because of me that he is not the coach of Team India, then he is living in a fool’s world.”

This saga has left the Indian cricket fraternity a divided house with former cricketers showing support to the two of them. While Bishan Singh Bedi backed Shastri, Sanjay Manjrekar and Gautam Gambhir have thrown their support behind Ganguly. “Look, Ravi spoke out because he was disappointed. It is natural and I can understand that because he got dropped. But there is no need for Ganguly to react. He should have kept cool instead of taking his gloves off,” was Bedi’s reaction to the episode. Also Read: Anil Kumble was picked over Tom Moody, not Ravi Shastri

Gambhir on the other hand, was critical of Shastri. Talking to ABP News, he was quoted as saying, “The way Ravi Shastri is reacting, during interviews and all, it only shows his desperation. According to me, there could not be a better choice for India’s coach than Anil Kumble.” The Kolkata Knight Riders (KKR) skipper did not stop here and further went on to say, “I think Ravi Shastri could not accept the fact that he did not get the job. The way BCCI has selected the coach, Anil Kumble was the best choice among all the candidates. It is no surprise. When Anil Kumble applied for the job, he was the biggest and most professional name”.

Gambhir also deflated Shastri’s claims of achievements during his tenure by commenting, “Ravi Shastri has been claiming that Indian team was very successful under him but he never told us that India lost ODI series to Bangladesh, lost ODI series to South Africa at home. So if you see, you played two World Cups and one of them was held at your home where you could only reach the semi-finals. That’s not a big achievement. You are trying to show that India became No. 1 in T20s and Tests during your tenure, but what did India win in the last 18 months? You did not win an overseas series, you lost to South Africa at home, you went to Bangladesh and lost.” Also Read: Sanjay Manjrekar takes a dig at Ravi Shastri over the ‘disrespectful Sourav Ganguly’ comment

The feisty opener also heaped praises on Kumble by saying, “Why Anil Kumble is the best choice because he himself was a hard-working cricketer and he will bring that attitude to the team. Ask Ravi Shastri how many throw-downs he did in the last 18 months? If you are trying to prove your success with big talks, I don’t think anyone would accept that.”

Though the team is on the threshold of a new era under Kumble, these comments from either side have left a bitter taste. Hopefully the team rises and achieves new heights during his tenure, which will quash all the negativity that has been going around. 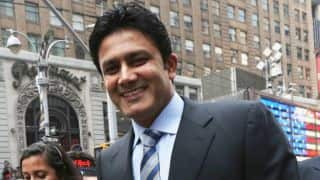 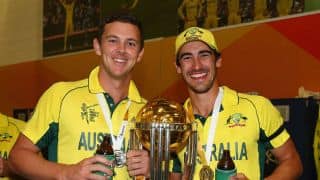 Josh Hazlewood, Mitchell Starc as duo can replicate the success of Glenn McGrath and Brett Lee