When Bailey had not even opened his account, he survived a close appeal for caught behind.

Australia’s former Twenty20 International (T20I) captain George Bailey played a major role in his team’s five-wicket win over India in the first One-Day International (ODI) in Perth here on Tuesday. Coming in at 2 for 21, Bailey scored a brilliant 112 and added record 242 runs for the third wicket with skipper Steve Smith, who too scored a fluent 149.

However, when Bailey had not even opened his account, he survived a close appeal for caught behind. The replays hinted at the ball touching the glove before going into MS Dhoni’s safe hands. But since neither Dhoni nor the Umpire were convinced, Bailey was adjudged not out; a decision that later cost India the match.

But as the game progressed, people started talking about the dismissal and how things could have been different had there been DRS for the series. When asked in the post-match press conference about the controversial decision, all Bailey had to say was — “Would’ve been interesting to see on DRS, but we’re not the team that doesn’t want it.”

It is noteworthy here that India are the only team who are opposing the use of DRS. The Board of Control for Cricket in India (BCCI) and Dhoni both have been staunch critics of its use. Even on Tuesday, after the loss, Dhoni said during the post-match conference that he is still not convinced aboutt DRS. “We also have to see how many 50-50 decisions don’t go our way,” said Dhoni. 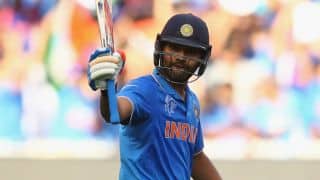 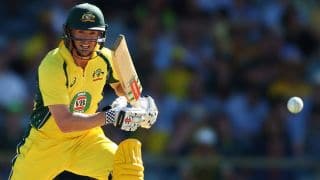