Sindhu's historic win broke the internet as millions took to the social media space to congratulate her. Indian cricketers too were not far behind as they gave a pat on her back.

21-year old badminton player from Hyderabad, India, PV Sindhu made the entire country proud on Thursday when she beat World No. 6 Nozomi Okuhara from Japan to enter the badminton finals in women’s singles category at Rio Olympics. With her historic win, Sindhu has assured India of another medal now. While she has her hands placed on Silver, Gold too is in the sight now. ALSO READ: Indian cricket fraternity express joy over Sakshi Malik’s bronze medal win in Rio Olympics 2016.

Sindhu’s marvellous effort was being watched and followed by millions in India and across the globe, who were rooting for the tall, lanky player. Playing in the Olympics for the first time, Sindhu made the entire nation proud. All eyes are now set on the final, which will take place on Friday. She will take on World No. 1 Carolina Marin in the match for either Silver or Gold.

Her historic win broke the internet as millions took to the social media space to congratulate her. Indian cricketers too were not far behind as they gave a pat on her back. Here’s what they said:

Yeaaahh!! @Pvsindhu1 through to the #badminton finals with such an amazing performance!! Congratulations! Superb smashes!

The girls making us and our country proud !many congratulations to #SakshiMalik @Pvsindhu1 Jai hind ! Jai Bharat

India’s girls keep our flag flying high! @Pvsindhu1 is why we need to push our girls to follow their dreams #Rio2016 pic.twitter.com/ULSn87EdBY

Congratulations @Pvsindhu1 on entering the finals. Best wishes to for the final #JeetoRio pic.twitter.com/OWqyAuuO4r

Came back to the hotel and heard that @Pvsindhu1 has got into the finals.Go for gold now!!All our prayers are with you.

Well done @Pvsindhu1 for reaching in the finals..Thank you for making us proud..Go for gold. May the force be with you #Girlpower

PV Sindhu is one win away from winning the gold at #Rio2016. Go for it. We all are with you. #Badminton #Olympics #IND

Great news for Indian Badminton and India #PVSindhu in the finals… The entire nation is rooting… Brilliant stuff.. Hopes again

Well done Rock star@Pvsindhu1 u can do it !! Just a step away from creating history for India in badminton #Olympics

MAGNIFICENT SINDHU!
Another medal assured, but we want #Gold from this gifted girl. All the best for the final @Pvsindhu1. #Rio2016 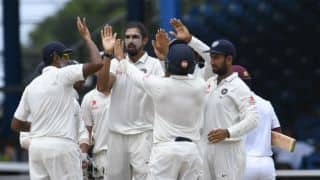 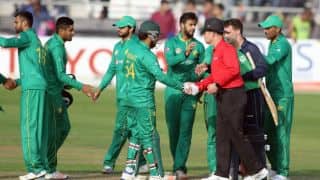