With this whitewash, many records once again entered the books. We present the statistical highlights.

Once again, India thrashed Zimbabwe in the third One-Day International (ODI) match of the series quite comfortably in their backyard. After winning the toss, Zimbabwe captain Graeme Cremer surprisingly chose to bat and India batted second for the third consecutive time in the series, and the hosts failed to post a good total on board. After a decent 34-run partnership between Vusi Sibanda and Timycen Maruma for third wicket, Zimbabwe started losing wickets one after another. In return, India chased down the total of 123 easily with KL Rahul scoring another fifty and debutant Faiz Fazal played a pretty impressive unbeaten knock of 55 runs. With this whitewash, many records once again entered the books. Abhishek Kumar presents the statistical highlights.

3.  This was 107th win for India under Dhoni’s captaincy in ODIs. With this win, Dhoni joins Allan Border’s record of same number of wins in ODIs. Ricky has the most victories as captain in ODIs with 165 wins.

5.  Dhoni becomes the second captain after Virat Kohli to script a whitewash in both away and home ODI series.

6.  Dhoni is the third Indian captain to whitewash a team outside India after Kohli and Ajinkya Rahane.

7.  Fazal is the 10th Indian cricketer to make his debut in ODIs after the age of 30.

8.  This is the first instance of Dhoni not batting in a three match bilateral ODI series.

9.  Rahul remained unbeaten after scoring 63 in this match and his average in this series is now 196, which is the best by an Indian batsman in an overseas bilateral ODI series, comprising of three matches.

10.  Fazal is the 42nd left-handed batsman to play for India in ODIs.

11.  Fazal is only the second cricketer to play for India among the players whose name starts with letter ‘F’, the first being the famous Farokh Engineer.

12.  Fazal is the third player from Vidarbha to play for India at international level after Prashant Vaidya and Umesh Yadav.

13.  Zimbabwe scored 417 runs in this series, which is their lowest number of runs scored by this team against India in a bilateral series with at least more than one match.

14.  This is the 25th time that Zimbabwe suffered a whitewash in a three-match ODI series.

15.  This is also the 10th time when Zimbabwe suffered a whitewash in a three-match ODI series in their own backyard.

16.  This is India’s 51st victory against Zimbabwe in ODIs, which is most by any team against this side.

17.  This is India’s 19th win against Zimbabwe in their home and most by any team against this side in their backyard. 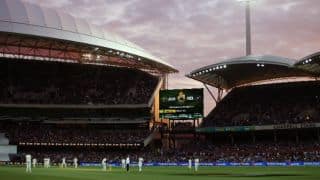 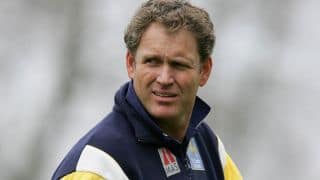