The eighth edition of the Indian Premier League (IPL) starts today. And as always this season too fans will wait with baited breath to watch some of the new exciting cricketers for the first time and at the same time will wait with interest to watch established cricketers in a renewed approach.

The eighth edition of the Indian Premier League (IPL) starts today. And as always this season too fans will wait with baited breath to watch some of the new exciting cricketers for the first time and at the same time will wait with interest to watch established cricketers in a renewed approach. The format of Twenty20 has led to a renaissance of several cricketers. Take the example of Tillakaratne Dilshan, a  regular middle-order batsman, turning into a super aggressive opener.

The game is as unpredictable as the format and excitement in store is aplenty. Suvajit Mustafi lists 19 players — new and experienced, who will be keenly followed in the tournament.

His brand of batting is no alien to IPL. He set alight the competition in the very first edition of the tournament for Kolkata Knight Riders, smacking an unbeaten 158. There’s been a question mark over his consistency since then. In the World Cup 2015, McCullum was instrumental in New Zealand’s success, having scored 328 runs for New Zealand, at a strike-rate of 188.5! Last season, he floated in the batting order for CSK, but this season he looks set to open and a lot will be expected out of him.

The Kiwi run-machine had a dismal World Cup, but throughout the last season, he scored runs everywhere. Last week, he was awarded New Zealand’s best Twenty20 player. He can be effective at top as well as in the middle-order and at Rs 60 lakhs, SRH made a great buy. Williamson might just emerge out as the new IPL star.

Irony or privilege, Trent Boult will make his IPL debut for SRH as one of their trump cards. He finished the World Cup as the joint highest wicket-taker with 22 wickets. Expectations are a lot from the Kiwi left-arm pacer. With Boult joining the likes of Dale Steyn, Ishant Sharma, Praveen Kumar and Bhuvneshwar Kumar, the SRH pace attack looks stronger than ever.

In the previous season, Smith was one of the most assets for Rajasthan Royals (RR). The recent Australian summer transformed him into one of the top cricketers in the world. RR will have to reassess his role. In the Australian side, Smith pushed Watson down the batting order, taking his number three spot. Don’t be surprised if captain Watson forces himself to come down the order to accommodate Smith at the top.

The left-arm giant from Down Under was unplayable throughout the later part of the Australian summer. He bagged the man-of-the-tournament awards in the World Cup and the preceding tri-series. All eyes will closely follow him and RCB fans will pray for the continuation of the spot-on lethal 150kph yorkers.

The Indian pace bowling spearhead will partner the DD attack with one of India’s greatest fact bowlers, Zaheer Khan. Shami’s rise over the past one year has been phenomenal and he has been Team India’s main wicket-taker. Even in the World Cup, he finished with 17 wickets and was one of the main reasons for India’s impressive show. A lot will be expected out of the 25-year-old.

Barely 17, Sarfaraz is already a big name in the under-19 circuit after hitting the headlines as a child prodigy. There is no doubt about his big hitting abilities. The Mumbai teenager is the youngest recruit in this year’s IPL. His progress will be monitored closely.

With every passing year the Australian pocket dynamite seems to be growing in stature. He is now a key player for Australia in all formats and is amongst the best in the world. He has been in the IPL circuit for long and SRH have trusted the temperamental left-hander with the captaincy. SRH have a strong side and it will be interesting to see how the 28-year-old manoeuvres the captaincy wand.

For the last few years, he has been KKR’s main man and thanks to his splendid efforts, the side has managed to win two titles in three years. Last year, during the Champions League T20, umpires reported his action as they found it illegal. He was suspended from the final, which KKR lost. Narine missed a lot of cricketing action, including the World Cup. He is back now and his action has been cleared, so all focus is on him, whether or not the youngster will be as effective as he was.

It’s almost a year since Zaheer last played a competitive game. Unfortunately injuries have plagued the career of the great bowler. He is fit and back, and will now don the DD jersey. At 36, it will be interesting to see if Zaheer still has it in him to deliver several glories that he has in the past.

Despite not playing international cricket for some time, Yuvraj still grabs headlines. He is only 33 and IPL gives him a good platform to stage a return. He is the most expensive player in this edition and every outing of his will generate lot of interest. Can Yuvi change for the fortunes of DD?

No doubt that CSK is a team of superstars but lack of quality fast bowlers is an issue they faced over the years. The South African had a good World Cup and has really made a name for himself as an international cricketer in the past few months. Abbott’s inclusion adds an extra dimension to the Chennai side — pace and bounce. How he fits in will be the key.

One thing is sure that this Australian pacer will find good support in North of India. The first male cricketer of full Indian origin to represent Australia, Sandhu, fetched a whopping Rs 1.7 crore in the auction. Delhi already has a good pace attack while Sandhu bowls just about medium pace. Will be interesting to see if he can do justice to the price tag?

The 20-year-old cricketer from Mumbai has already made a good start in First-Class cricket. His attacking approach has been hailed by the pundits. DD spent Rs 2.6 crore to nab him and there’s a lot of excitement around him. Only time will tell us whether or not he will live up to the hype.

Only at the end of the season we will know if at Rs 1.5 crore, Morgan was a great buy or a liability. No doubt that the English ODI skipper is one of the best exponents of the limited-overs formats, but his recent form has been a big worry and also contributed to England’s failure in the World Cup. He has a decent fan following and we will have to curiously wait and watch on how he fares.

He made his debut for Australia last year and later, it was a bouncer from him that felled Phil Hughes in a domestic game that led to his death. It was a difficult time for the young all-rounder, who received support from all around the world. At that time he had considered giving up the sport but he came back strong and made performed well. He will be new to IPL and fans will be excited to see the popular Australian in action. At Rs 1 crore, he is a good buy if he plays to his potential.

It will be first season at IPL and he fetched Rs 2.8 crore in the auction! Wiese is a powerfully built all-rounder and fans are curious to see him. With a strike rate of over 160 and bowling average of 23.2, Wiese carries a massive reputation — just like his structure.

The way he has batted for South Africa in the recent past, it’s tough to believe that it’s just a couple of months that the youngster is playing international cricket. He is already a key batsman in the side and has made a name for himself. Unlike in the previous season when he wasn’t as popular, this will be different and he may very well feature in the starting line-up as a key batsman. 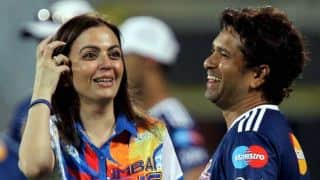 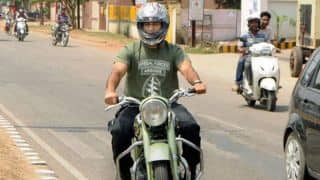