The match was reduced to a ten overs affair after persistent rains at Bangalore. Kolkata Knight Riders (KKR) were invited to bat first and they began decently.

The match was reduced to a ten overs affair after persistent rains at Bangalore. Kolkata Knight Riders (KKR) were invited to bat first and they began decently. Andre Russell, who was promoted to no. 3, once again played a brilliant knock to ensure KKR reached a strong total of 111 for four in 10 overs. The score could have well reached in excess of 120, but Mitchell Starc once again made the difference. While the innings run rate was more than 11, Starc bowled at seven and half an over.

The chase of 112 was going to be difficult but Royal Challenger Bangalore (RCB) had enough firepower in their line-up to chase it down. Chris Gayle and Virat Kohli got the side off to a brilliant start but after Gayle and AB de Villiers got out in quick succession, the target began looking steeper for the home side.

Turning point: RCB needed 51 from four overs, when Kohli and Mandeep Singh plundered 18 runs from a Piyush Chawla over. Again with 26 required from 12 balls, Mandeep took 13 from Umesh Yadav’s over. In fact, it was Mandeep’s 45 from 17-balls which made the difference at the end as he saw them home.

With this win, RCB move to the third position in the points table in the eighth edition of Indian Premier League (IPL), while KKR has moved down to the fourth position. 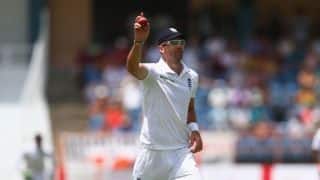