David Hussey is in the top three T20 run-scorers of all time, but despite that he was not retained by Chennai Super Kings (CSK), and went unsold at the Indian Premier League (IPL) 2015 player auction.

Shiamak Unwalla picks the top 10 players who will be missing the 2015 edition of the Indian Premier League for varying reasons.

David Hussey is in the top three T20 run-scorers of all time, but despite that he was not retained by Chennai Super Kings (CSK), and went unsold at the Indian Premier League (IPL) 2015 player auction. His older brother Michael was picked up though, by his old team CSK. The Husseys remain the only pair of brothers to have played for the same IPL franchise; though the one season David played for them, Michael was with Mumbai Indians (MI).

Kevin Pietersen was the captain of Delhi Daredevils (DD) in IPL 2014, but did a rather poor job of it as Delhi languished at the bottom of the table. He was picked up by Sunrisers Hyderabad in the IPL 2015 auction but later pulled out to focus on the upcoming County Championship in order to try and break back into the England team.

Ross Taylor had a hugely successful stint with Royal Challengers Bangalore (RCB) in the first couple of IPL seasons, but since then has played for a number of sides including Delhi, Pune Warriors India (PWI), and Rajasthan Royals (RR) before shifting back to Delhi. However, the 2015 World Cup runner-up found no takers in this time’s player auction.

Another DD alumnus who went unsold this time around, Wayne Parnell did not make much of an impact in IPL despite having a decent Twenty20 (T20) record. With just four foreign players allowed in the playing XI, he was rarely a first-choice in any IPL team he played for.

Cheteshwar Pujara was one half of a fairly successful opening stand in IPL 2014 along with Virender Sehwag. However, after a couple of off games he was replaced by Manan Vohra, who immediately impressed with his quick-scoring ways. As a result Pujara did not get another look-in, and was subsequently not retained by KXIP.
6:  Lakshmipathy Balaji (Kings XI Punjab):

Another rather surprising non-retention by KXIP was that of former Indian pacer Lakshmipathy Balaji — the first Indian to take an IPL hat-trick. Incidentally, it was against KXIP while he was playing for Chennai Super Kings (CSK).

As it was with his international career, Murali Kartik was unfortunate not to play more IPL matches despite having a superb domestic record. Kartik was signed on with KXIP as their supposed lead spinner, but was soon overshadowed by fellow left-arm spinner Akshar Patel. Kartik chose to retire from all forms of cricket at the end of the season, and even had a stint as a commentator during India’s tour of England in 2014.

Perhaps the greatest modern pace-bowling all-rounder, Jacques Kallis was a mainstay for both Royal Challengers Bangalore (RCB) and Kolkata Knight Riders (KKR). Kallis had already retired from Test cricket by IPL 2014, but still showed his class, scoring a match-winning half-century in KKR’s opening match. He went on to be Man of the Tournament in the Big Bash League (BBL) 2014-15, and was retained by KKR for IPL 2015 — albeit as mentor rather than player.

One of T20 cricket’s leading run-scorers, Brad Hodge was not a certainty in the Rajasthan Royals (RR) playing XI with the likes of Shane Watson and Steven Smith being preferred ahead of him. He did well when he got to play, but given his age and semi-retirement — he has turned his attention toward coaching now — he was not retained by RR.

Brendan Taylor did not play a single match despite being with a struggling Sunrisers Hyderabad (SRH) in IPL 2014. He was released and not picked up in the subsequent player auction, but given his outstanding form in the 2015 World Cup an injury to a foreign player could still see him making a wild card entry. 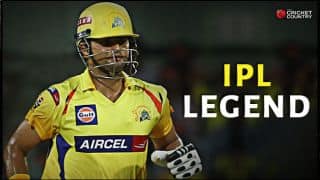