Catch the live action of the 31st game of IPL 2016 between Gujarat Lions and Delhi Daredevils here.

The 31st match of the Indian Premier League (IPL) 2016 will be played between Gujarat Lions (GL) and Delhi Daredevils (DD) at Rajkot on Tuesday. While GL are sitting comfortably at the top of the table so far in the seven week-long tournament, DD too are not far behind as they are at the fourth spot in the table. Not far behind as they have played two matches fewer than GL. While GL have six wins in eight matches, DD have four in six.

GL have looked every bit impressive in their maiden IPL season. One of the two sides that came into existence after the two-year ban on Chennai Super Kings (CSK) and Rajasthan Royals (RR), GL obtained bulk of the CSK talent at the auction and are reaping the benefits now. Their skipper Suresh Raina, Dwayne Bravo, Dwayne Smith, Brendon McCullum and Ravindra Jadeja are playing the same role what they used to play for CSK, and the results are for all to see.

DD, on the other hand, have looked a completely different unit under new skipper Zaheer Khan, coach Paddy Upton and mentor Rahul Dravid. While GL got the players, DD bagged the master strategist and coach after the reshuffle. The last time these two teams met in this league, Delhi lost at home by a heartbreaking margin of just one run. Thus, it can easily be said that there is little that separates the two teams and hence this match too is going to be a cracker. It will start at 8.00 pm Indian Standard Time (IST) and will be telecast live on Sony Six, Set Max and can be watched by live streaming here. 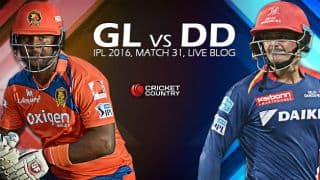 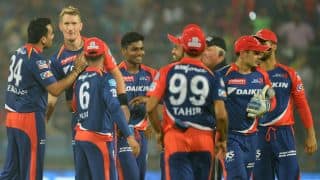