The passionate fans of IPL teams will converge in Hyderabad on the sidelines of Sunday's summit clash for a social cause -- to spread awareness on reducing use of plastics in stadiums.

The passionate fans of IPL teams will converge in Hyderabad on the sidelines of Sunday’s summit clash for a social cause — to spread awareness on reducing use of plastics in stadiums.

Representatives of fans associations of six IPL franchises will hold a round table conference in Hyderabad, leading to the signing of ‘Hyderabad Declaration’ on plastic waste management at sports venues.

The event is being organised by International Institute of Waste Management (IIWM), a non-profit organisation that is supported by European Union Resource Efficiency Initiative.

“After every cricket match, about 4 to 4.5 tonnes of wastes (about 130 grams per spectator) is left behind in the stands. The stands are littered with single use material like paper and plastic cups, leftover food, packaging items like card boards, plastic and spoons, forks, tissues and most importantly flags and cheer items,” the organisation said in a release.

“About 40 percent of this waste is single use plastic material, which pose great danger to the environment as these material remain in the nature without degrading for long years (some more than 100 yrs),” it added.

IIWM has been implementing a project called Green Wicket since 2012 which has helped in creating the Chinnaswamy Stadium the first Green Cricket Stadium in the world. The stadium has all the four eco-infrastructure in place — Solar PV, Rainwater Harvesting, Waste water Recycling and Biogas plant for Solid Waste Management, the IIWM said.

As an extension to the Green Wicket project, another initiative called ‘Plastic Waste Clean Bowled’ began in Bangalore for the IPL matches with the objective of reducing the single use material and reduce littering.

“If the spectators help in segregating the waste, this source segregation will increase the recycling capacity. It is interesting to note that the cricket matches also create entrepreneurship for recyclers,” said Bineesha P, Executive Director, IIWM.

She said this initiative will be extended to other stadia which will host sports like football, badminton, kabbadi in the coming months. 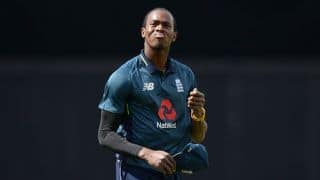