Catch the live action of 2nd ODI between Ireland and Pakistan at Dublin here.

After winning the first One-Day International (ODI) against Ireland by a huge margin of 255 runs, Pakistan will eye for another victory in the final match of the series. The last ODI was lit up first by Sharjeel Khan‘s blistering 152-run knock and then followed by Imad Wasim‘s excellent spin bowling.

The second match will be played at the same venue where the first game was played, Dublin. Ireland’s only victory against Pakistan came in 2007 World Cup, which was their first ever ODI against Pakistan and their last win against this team. Since, then they have never ever come closer to win any game against Pakistan but tied once and lost five times. After a dismal performance in the first game of the series, Ireland will be looking for revival in their way of playing and would look to play like an improved side and give some competition to the visiting side.

The only thing which first comes to mind when it comes to Ireland vs Pakistan matches is the 2007 World Cup match. Let’s hope Ireland play with the similar fighting spirit in today’s game. The second ODI is expected to start at 10:45 am local time and 03:15 pm IST. The live streaming is available on Cricket Ireland website and on their official Youtube channel. 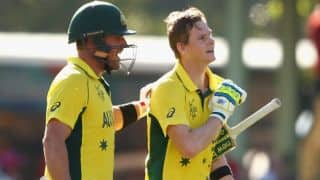