It took producer Ekta Kapoor 30 meetings to convince Mohammad Azharuddin to give her permission to make a biopic based on his life.

It took producer Ekta Kapoor 30 meetings to convince Mohammad Azharuddin to give her permission to make a biopic based on his life.

Azhar’s concern is understandable. His career ended in national shame after he was banned for his alleged involvement in match-fixing. The ban was subsequently lifted in 2012, but by that time much time had passed for him to make a comeback. Then there is his much-talked about divorce with his first wife to marry actress Sangeeta Bijlani. And then yet another fallout to be linked to many other women in the gossip columns. Azhar has moved into politics and would want the past ghosts to haunt him again because of the biopic. Obviously, he must have given the green signal to Ekta when the script was to his satisfaction. [Read: Emraan Hashmi’s look as ‘Azhar’ revealed]

Azhar was present at a present at a teaser of the film on Thursday, named Ek Khuda, Do shaadi aur match-fixing (One God, two wives and match-fixing). “If you see the teaser, you will realise that all the important issues have been covered. All three issues that are attached to my life. I hope after he [Hashmi] does the film people will call him Azhar.”

Playing like Azhar is not easy because the Hyderabadi was one of a find with his wristy elegance. Says Emran Hashmi, who plays Azhar in the biopic, “He [Azhar] had an unconventional batting style. I was an average cricketer with no foot-work. His wrists are like rubber. The first time I tried to play a shot to the on-side I simply couldn’t. I have been practicing it for the past three months, facing 50 overs in a day in the nets. We have to get it right before the shooting starts. The leg glance is one shot I have practiced a lot. I couldn’t master it because I do a lot of weight training. So now I have stopped my weight-training and am focusing on doing yoga. It has to look like Azhar is playing the shot in the movie.” 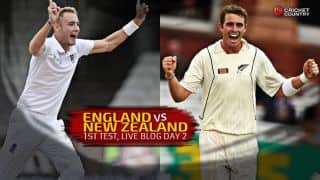