KFC have offered food vouchers to Ross Taylor to celebrate his birthday.

Ross Taylor single-handedly took apart England in the fourth ODI at Dunedin. His knock of 181* enabled New Zealand level the 5-match series 2-2. The star batsman, who is celebrating his 34th birthday, has been offered chicken dollars from Kentucky Fried Chicken (KFC). KFC have offered Taylor, $181 worth of food vouchers at any outlet in New Zealand to commemorate his knock. Taylor s love of KFC is well known. He had earlier tweeted about having KFC chicken during his 30th birthday celebrations.

Happy birthday @RossLTaylor! The Colonel wants to celebrate that PB with you the best way he knows how… with $181 of Chicken Dollars send us a DM so we can get the vouchers to you!

My perfect birthday lunch. KFC and a 1984 @penfolds Grange. #30 pic.twitter.com/TKvK1q9H4F

Taylor is now gearing up to take on England in the all-important series decider at Christchurch on March 10. 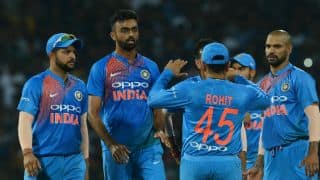 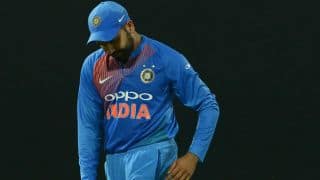 India vs Bangladesh 2nd T20I Nidahas Trophy 2018 Live Streaming, Live Coverage on TV: When and Where to Watch