Catch the live action of Eliminator of IPL 2016 between SRH and KKR here.

David Warner-led Sunrisers Hyderabad (SRH) were the first team get 16 points in the points table and ensured their place in playoffs. Probably, they have the best bowling attack in the ongoing season of Indian Premier League. They will meet Gautam Gambhir-led Kolkata Knight Riders (KKR) in the eliminator match in playoff of the tournament. Read: Sunrisers Hyderabad vs Kolkata Knight Riders, IPL 2016, Eliminator: Likely XI comparison

KKR rely heavily on their spinners and their opening batsman Gambhir and Robin Uthappa, whereas, SRH are heavily dependent on Warner’s batting prowess as he has led his side for victory in many matches. Their bowling department is quite strong but with Ashish Nehra being ruled out due to injury, this will brought a big setback to their side. Still, they have good bunch of bowlers like Bhuvneshwar Kumar, Mustafizur Rahman, Moises Henriques, Karn Sharma, etc.

Expect a thrilling encounter between these two big sides when they lock horns at Feroz Shah Kotla Stadium of Delhi. The match will start at 8.00 pm Indian Standard Time (IST) and will be telecast live on Sony Six, Set Max and can be watched on Starsports.com by live streaming here. 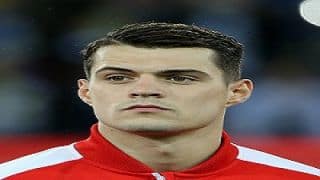