In May, Sreesanth and his wife Bhuvneshwari Kumari were blessed with a baby girl. The couple posted the first pictures of the baby.

Unfazed by the Lodha Panel verdict, former Rajasthan Royals cricketer S Sreesanth spent some quality time with the family. The cricketer, who once spearheaded the national team’s pace attack uploaded pictures of his family on his Twitter account.

In May, Sreesanth and his wife Bhuvneshwari Kumari were blessed with a baby girl. The couple posted the first pictures of the baby.

Please do pray for our well being Nd bless our little angel.. pic.twitter.com/84ScSuJYEC

My lovely angel our little Sree on the day when she was born ..the best day of my life pic.twitter.com/O3vor5fXtv — Sreesanth (@sreesanth36) July 14, 2015

With the jaguar kochi team ..huge thanks to Mr,Shaan Nd the whole team pic.twitter.com/puqeY9XRLG

In September 2013, he was banned for life from playing cricket by the Board of Control for Cricket in India (BCCI), for his involvement in spot-fixing in the 2013 Indian Premier League (IPL). While Sreesanth was busy sharing the happy family moments, his ex-franchise RR got suspended for two years by the Justice Lodha committee. Sreesanth has maintained his innocent and fighting to prove the same. He will hope that the arrival of baby changes his fortune for the good. 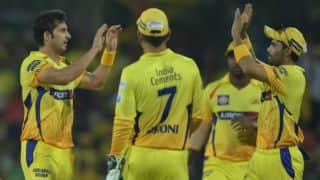 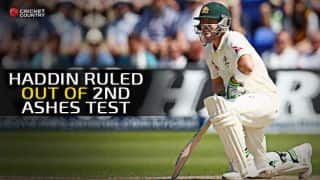