Back in the 1970s, former Mumbai cricketer Milind Rege suffered a heart attack during his playing days.

James Taylor’s sudden retirement from cricket shocked the fraternity, as the batsman is only 26 and had a long career for England in front of him. Taylor was diagnosed with a serious heart ailment, arrhythmogenic right ventricular cardiomyopathy (ARVC), which causes abnormal heart rhythm. READ: His world has turned “upside down” but James Taylor will “battle on”

Back in the 1970s, former Mumbai cricketer Milind Rege suffered a heart attack during his playing days. In an interview with mid-day’s Harit Joshi, the current chairman of selectors of Mumbai recalled, “There was excruciating pain in my left arm. I had never experienced such pain before. I consulted my family physician Dr. Dinoo Mhambrey and he recommended me to a cardiologist. Dr. Mhambrey was not satisfied with his opinion and we consulted another expert Dr. PA Kale. He diagnosed it a heart attack.”

Having been a regular in the Mumbai Ranji side, then called ‘Bombay’, his life came crashing down. He was treated at KEM hospital and he made it back to cricket. Once he was back, his doctor would take a cardiogram (ECG) before and after every practice session. His mental strength and determination saw him stage a strong comeback. He smashed a ton in his return to competitive cricket.

He could only play until the 1977-78 season and he was only 28 when he played his last First-Class match. He underwent by-pass at a young age of 36 and has been associated with the game ever since.

He added, “I was not bogged down. I never accepted that I am unwell. I was determined to play cricket again. Although I stopped bowling (off-spin) after the heart attack, I was always keen to continue in whichever way I could. I was always optimistic about playing cricket again. It is all in the mind. It is because of this strong will that I am still serving as a selector at 67.” 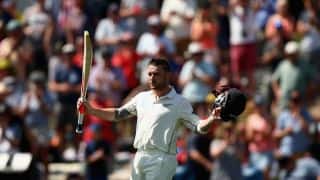 Brendon McCullum, Kane Williamson, Steven Smith among others named as Wisden's cricketers of the year 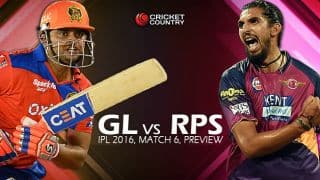