A report from India TV states that Azharuddin is not happy with the makers for portraying certain happenings in his life, which were supposed to be kept secret.

May 13 is a much-awaited date as it sees the release of Mohammad Azharuddin’s biopic ‘Azhar’. The film stars Emraan Hashmi, Prachi Desai, Nargis Fakhri in lead roles and is being directed by Tony D’Souza. The former cricketer himself has been promoting the movie, which is based on his life. READ: Mohammad Azharuddin: 11 facts you should know about the former India captain

Azharuddin led India to three World Cups and is regarded as one of the greatest batsmen, the country has produced but match-fixing controversy resulted in a premature end to his career. A report from India TV, however, states that the stylish Hyderabadi is not happy with the makers for portraying certain happenings in his life, which were supposed to be kept secret. ALSO READ: VIDEO: Mohammad Azharuddin trains Emraan Hashmi for ‘Azhar’

A source was quoted as saying, “Azhar bhai shared some information off the record with the makers who went ahead and incorporated that in the film. The sensitive information was not supposed to make it to the screen, but it has. The worry here is that some of that information can open an old can of worms for some people.”

It is believed that Azhar wants the makers to have those parts taken off; however, the makers tried their best to pacify him.

On this issue, director Tony D’Souza said, “We are in talks with Azhar bhai regarding certain sections in the film. But it’s something that we will sit and resolve amicably”.

After watching the film, Azhar however was impressed with Emraan’s work. A report from DNA quotes him saying, “I loved Emraan’s work. He was great in he film, very professional. He did justice to the role. I am hoping people will like the film.”

Azhar was handed a life ban in 2000, however in 2012, the Andhra Pradesh High Court lifted the ban, describing it as “unsustainable”.

How true is the film?

When asked about how true the representations in film are. Azhar quipped, “It shows all events of his life but the makers have taken cinematic liberties by adding song-and-dance, which I did not do in real life.” 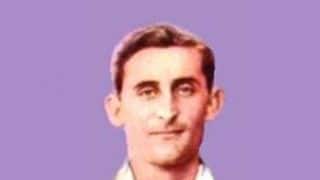