In this video posted by Warne on social media, the cricket legends kept their banter going.

Saturday will witness the first game of the All-Stars T20 series at New York and it’s really a much-anticipated moment. Ahead of the series, which is set to feature some of the greatest cricketers from yesteryears, the founders of Cricket All-Stars — Sachin Tendulkar and Shane Warne visited the Facebook office and took questions from the fans.

In this video posted by Warne on social media, the cricket legends kept their banter going and spoke on when the idea of this struck them. It was during the MCC bicentenary match at Lord’s in July 2015, when MCC XI led by Tendulkar faced Warne’s Rest of the World, that this idea struck them. They also said that the teams would be picked on Thursday and what are the chances of Warne and Muttiah Muralitharan bowling together.

Tendulkar was also asked to pick his best between Warne and Muralitharan, and the Master Blaster answered. The duo also shared several anecdotes from their playing days where their rivalry was one of the most talked ones. This is a must watch. Read more on Cricket All-star series 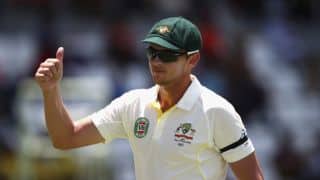