He was found guilty of spot-fixing during the Pakistan tour of England in 2010.

Mohammed Amir was a sensation to watch since he broke in to the international scene. But his involvement in the spot-fixing scandal in the initial stages of his career deprived him from achieving fruitful dividends. He was found guilty of spot-fixing during the Pakistan tour of England in 2010. After serving a five-year ban from international cricket, the talented left-arm pacer has returned to international cricket with rejuvenation.

During the third Twenty20 International (T20I) between New Zealand and Pakistan at Wellington on Friday, cash-till sound effect was played when Amir came out to bowl which was a noticeable attempt to mock him. New Zealand Cricket (NZC) has apologised to this act towards Amir as its enquiry cited on what exactly occurred on that occasion.

NZC chief executive David White was quoted in a report from TheGuardian saying, “I think it was inappropriate and disrespectful and has the effect of trivialising one of the biggest issues facing cricket at the moment. I’ve contacted the Pakistan team management to apologise, and to assure them there will be no repeat.”

Amir served six months in jail following his involvement in the spot-fixing scandal. He has been drafted into the international side and played all the three T20Is against New Zealand. 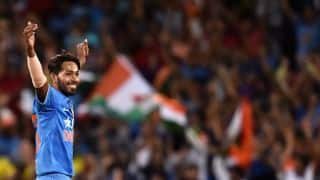