Seventeen-year old Sarfaraz Khan scored an unbeaten 45 from 21 balls for Royal Challengers Bangalore (RCB) against Rajasthan Royals (RR) on Wednesday to become the talk of the cricketing world.

In November 2009, Sarfaraz was just 12 years old, when he came into the limelight by scoring 439 runs in 421 balls in a Harris Shield match for Rizvi Springfield against Indian Education Society (Kandivali). That knock beat the tournament record of 427 not out by Ramesh Nagdev  in 1963-64. Subsequently, Armaan Jaffer scored 498 to break to break Sarfaraz’s record.

2:  The buddy who is now a RCB team-mate

Sarfaraz grew up alongside Iqbal Abdullah. The left-arm spinner currently plays for RCB, the same IPL which Sarfaraz represents. After scoring that 439 in a Harris Shield match, Sarfaraz was quoted in Indian Express, “Iqbalbhai always sets challenges. He asks me to score a century before every match, and most times I win. This time he told me to hit 300, I went on to score 400.” Both Sarfaraz and Iqbal have been coached by Naushad Khan, Sarfaraz’s father.

Naushad Khan made Sarfaraz into a complete cricketer. Sarfraz can bowl leg-spin — he once took 4-27 for India u-19 against Sri Lanka u-19s — and has also kept wickets.  He is also capable of bowling both medium-pace and off-spin.
4:  Astroturf for cricket!

Naushad had laid an Astroturf surface next to his house to aid the practice of his sons, Sarfaraz and his youngest brother Musheer — another prodigy.

Father Naushad made his children concentrate totally on cricket. Consequently, their academics became a casualty and they couldn’t attend school regularly. The father, however, appointed a tutor to teach his son mathematics and English.
6:  A star emerges on the international stage

Sarfaraz scored 101 from 66 balls against South Africa in the Under-19 triangular at Vishakapatnam in September 2013. That Indian team had players like Shreyas Iyer and Deepak Hooda — two players who made their marks on their debut in the 2015 IPL for Delhi Daredevils and Rajasthan Royals respectively.

Sarfaraz was bought for Rs 50 lakh at the IPL player auction earlier this year. In fact, at 17, he was the youngest to enter the auctions.

After fetching Rs 50 lakhs in this year’s IPL auction, Sarfaraz expressed his wish to buy a car for his father.  He told Mid-Day, “My father was critically injured in an accident in 2010. He fractured his right shoulder and had to be operated upon. I was scared for him. I had thought then that whenever I make some money, I will buy a car for him. I tried in between to save some money, but it wasn’t sufficient. I plan on buying an SUV for him now.”

9:  The lady who helped Sarfaraz

When Sarfaraz Khan was 15, he was expelled from the BCCI’s batting academy on disciplinary grounds. As his confidence dropped, his father took him to Mughda Bavre, a psychologist associated with the Mumbai Cricket Association (MCA), who taught him to be “level-headed and humble” and brought him on track, according to DNA’s Derek Abraham. 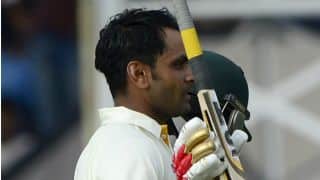 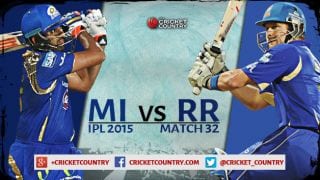