Taylor has named his World XI, which comprises mostly players from contemporary cricket.

Former England batsman James Taylor recently hogged all the headline for his shocking and sudden retirement from international cricket due to a serious heart ailment. Taylor has named his World XI, which comprises mostly players from contemporary cricket. ALSO READ: Kumar Sangakkara to lead; Sachin Tendulkar to bat at No 4 in Ricky Ponting’s All-Time XI

The opening pair hails of Alastair Cook and Australia’s David Warner. Cook is also named as the skipper of the side. Kane Williamson will render his services at three. On Cook’s captaincy, Taylor was quoted by Standard.co.uk saying said, “I’d have Cook as my skipper because few in the international game have experienced the highs and lows as he has.”

The middle-order consists of the modern greats like Joe Root, Virat Kohli with AB de Villiers. De Villiers is also the wicket-keeper of the side followed by Ben Stokes as an all rounder in the side. “AB excelled at many sports, including golf, tennis and rugby union — and is one of the best cricketers of the age,” Taylor added. ALSO READ: Ricky Ponting to captain Sourav Ganguly’s All-Time XI

The bowling department looks lethal with the likes of Mitchell Starc, Stuart Broad, Yasir Shah and James Anderson. The team wears a dominant look with some big names and a well-balanced one. 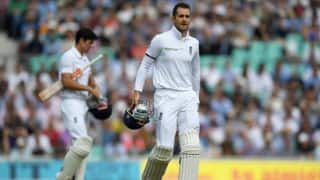 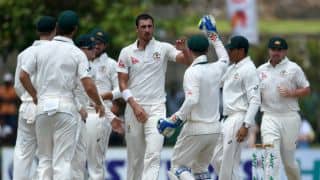