Making his debut, Sean Abbott was welcomed in the New South Wales dressing room by his then senior teammate Phil Hughes.

Sean Abbott was 18, when he made his Sheffield Shield debut in 2011, and the one who welcomed him in the New South Wales dressing room was his then senior teammate Phil Hughes. Hughes, then played for New South Wales before switching to South Australia in 2013 .

Last month Abbott and Hughes were teammates again, this time representing Australia in the One-day and T20 series against Pakistan in the United Arab Emirates.

The 22-year-old Abbott bowled the unfortunate bouncer that hit Hughes on the head, eventually resulting in his death. Abbott was the first player to rush to the batsman’s aid.

Abbott, an all-rounder, is considered to be a rising star and is among the players who are in contention for Australian team for the next year’s World Cup.

The cricket fraternity has firmly stood behind Abbott. He has been constantly receiving counselling session and has been supported by his team.

Abbott, who has been under a state of depression since the incident, was seen surrounded by friends after learning the devastating news of the Hughes’ passing. 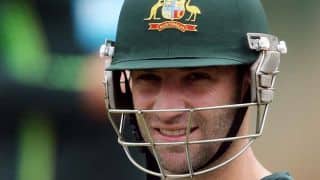 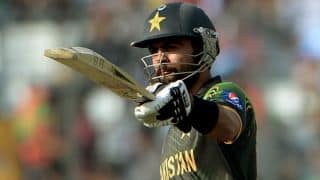