Catch all the live action from day 16 of Rio Olympics 2016 here:

Today is the last day of Rio Olympics 2016, which is also Day 16 of the mega event. Indian contingent went there with high hopes of getting few medals and they were highly backed by the millions of fans.

In last 15 days of the tournament, some Indian Olympians came close to win a medal but couldn’t, while two of them managed to make the nation proud at the grandest stage. Wrestler Sakshi Malik was the first one who opened India’s account in the tournament followed by Badminton player PV Sindhu, who won the silver after losing the final match to Spain’s Carlina Marin.

With the tournament being at its final stage, there is still a little hope for Indians that there will be another medal. India still have hopes as wrestler Yogeshwar Dutt will be in action today. Though fans are pretty disappointed with overall India’s performance in this Olympics but they never stopped supporting and always kept their hope high. Yogeshwar had won a bronze in London Olympics therefore the expectations are high. Hopefully, India will end their campaign on a positive note. The events will be telecast live on Star Sports Network in India and you can catch today’s action live on Hotstar. 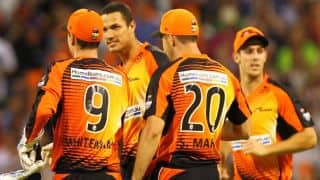