Though cricket is not a part of Olympics, it does not make it of any lesser significance for the cricketers.

The Rio Olympics are finally underway and have quickly become the most talked about thing these days. Everywhere, at streets, offices, playgrounds, coffee houses and social media, people are talking about the biggest sporting show on earth and rooting for their country’s sportspersons who are in Rio in search of medals and pride. ALSO READ: Sachin Tendulkar having a ball at Rio Olympics 2016.

Though cricket is not a part of Olympics, it does not make it of any lesser significance for the cricketers. They watch and follow the progress of their compatriots in different sports, celebrate their success and stay with them in their failures. On Sunday, Day 2 of Olympics, few athletes hogged the limelight and trended around the world due to their superlative performance. ALSO READ: Career change for Kevin Pietersen? ICC takes a dig.

Legendary swimmer Michael Phelps, who won his record 19th Gold overall in Olympics, made waves throughout the day. India’s Dipa Karmakar also hit the headlines for qualifying for vault finals. While few cricketers wishes the two on their success through Twitter, others tweeted their wishes to sportspersons of their country. Here are some of the top tweets:

What a superstar @MichaelPhelps is.. Winning his 19th Gold medal #RioOlympics2016 #Phelps

Proud of Dipa Karmakar on making the finals of artistic gymnastics. Don’t be satisfied yet, one more push & medal could be ours…HISTORY

Anyone else think Sun Yang would make a great BOND villain? #Rio2016 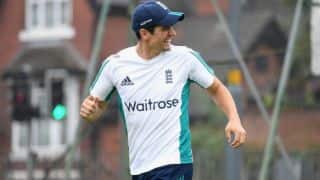 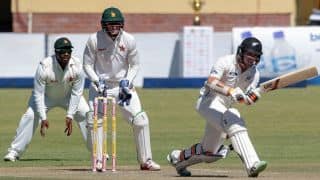