It may come as a surprise to many, but Styris would have made his debut in whites much earlier had the Test against Pakistan in Karachi in May 2002 had not been called off.

Born July 10, 1975, Scott Bernard Styris is a former New Zealand all-rounder, primarily a batsman who provided impetus with his right-arm medium pace. Scott Styris had many variations up in his sleeves, a quality that made him economical in the shorter formats. On his 41st birthday, Suraj Choudhari garners 15 lesser-known facts about one of the most swashbuckling all-rounders New Zealand have ever produced. READ MORE: Tourism New Zealand s Indian ambassador Sidharth Malhotra spends gala time with former Black Caps stars

1. Australian factor: Styris was born in Australia, and at the age of six, he moved to New Zealand. Later, he moved to Hamilton where focused entirely on cricket.

2. From a bowler to a batsman: Styris was initially a seam bowler who could gather some runs with the bat, but a knee injury compelled him to concentrate on his batting, as a result of which he turned into a batsman who could also bowl. READ MORE: Moment of Truth: Jimmy Neesaham asks Scott Styris what happened last night?

3. Debut Test called off: Styris made his Test debut against West Indies at St George s on June 28, 2002. It may come as a surprise to many, but Styris would have made his debut in whites much earlier had the Test against Pakistan in Karachi in May 2002 had not been called off. The Test match was abandoned due to a bomb blast.

4. Impactful Test debut: Styris announced himself at the international cricket with a bang. He came out all guns blazing with the bat and scored a stunning century and scalped couple of key wickets. He continued his good form in the second innings as well, where he scored an unbeaten 69. The match resulted in a draw, but Styris certainly gave a huge constructive impression against the red ball.

5. Best New Zealand record: After a thumping Test series, Styris went on to record the then finest New Zealand figures with the ball in One-Day Internationals (ODIs) on the same tour to West Indies. Styris steamed in and chipped six wickets for 25 in seven overs. This also turned out to be his best bowling numbers in ODI cricket. He also scored a unbeaten 63 in the same game to see his side winning by nine runs (D/L method).

6. Century in record run chase: Styris engineered the then record run-chase in ODI cricket by plundering a ton against Australia in December 2005 at Christchurch. While chasing a target of 332 in 50 overs, Styris amassed 101 runs from 96 deliveries to help his side script history against the dominant Australian side.

8. Fifth slowest ODI ton: Styris is well-known for his aggressive batting but on this occasion he did something totally opposite by playing a sluggish innings. He scored a ton from 152 deliveries, which is also the fifth slowest ton in the history of ODI cricket against Sri Lanka on April 12, 2007 in the Super-Eight encounter of 2007 World Cup.

10. Prized scalps on debut: Styris made his ODI debut against India, where he got the better of Sachin Tendulkar to record his first wicket; whereas in whites, he outfoxed Brian Lara to open his Test account.

13. Plundered 38 runs from an over: While playing for Sussex in the Friends Life T20 2012 quarter-final against Gloucestershire, Styris went berserk and squeezed 38 runs from a solitary over bowled by James Fuller.

14. Fastest ton: After notching up 38 runs off James Fuller, Styris didn t stop as he was spilling out fire with his bat. He went on to score a scintillating ton, which came in just 37 deliveries. His innings contained five boundaries and nine sixes, as he remained unbeaten on 100, which also happens to be the joint fourth-fastest ton in T20 cricket.

15. Commentator: Like many other cricketers, Styris continues to remain associated with the game post-retirement, as he is often seen in the commentary box, and is one of the wittiest commentators. 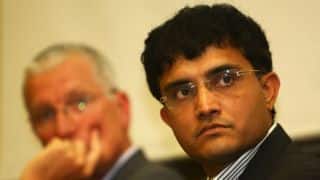