In yet another instance of look-alikes of cricketers, we now come across the South Africa's Quinton de Kock and his Mexican footballer doppelganger Javier Hernandez.

In yet another instance of look-alikes of cricketers around the world, we now come across the South African opener, middle-order wicketkeeper-batsman Quinton de Kock and his Mexican footballer doppelganger Javier Hernandez, also popular as Chicharito. Were they separated at birth? Not exactly, and neither do these men have any link with each other, barring their immense talent as sportsmen. However, this comes as a surprise indeed for most, as hardly people would have noticed the similarity between these two personalities, who are quite popular as international and stars for their respective franchises.

Speaking first about de Kock, he is a South African international cricketer, who also plays for the Titans in the domestic circuit and also has a contract with the popular IPL franchise Delhi Daredevils (DD). Although a top-order batsman and a wicketkeeper, he bats in the middle order in Test cricket and has got off to a brilliant start in Test cricket. His fine form in the limited-overs format led to his selection in the national side during the 2012-13 season, and has since been a regular member of the South African side. It was in February 2014, when he also made his debut in Test cricket, however, only as a batsman. He has scored 11 centuries in 69 One-Day Internationals (ODIs), and is rated as one of the best young batsmen in the world.

As for Hernandez, he is a Mexican international footballer, who is a striker and plays in the forward position. He currently plays for German club Bayer Leverkusen in the Bundesliga. Known by his nickname Chicharito, he began his early career in Mexican club Guadalajara, before being roped in by English giants Manchester United in 2010, where he played for five seasons, before moving to Leverkusen in 2015. 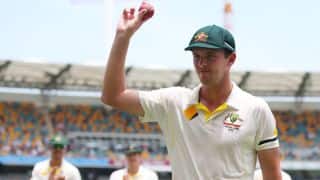 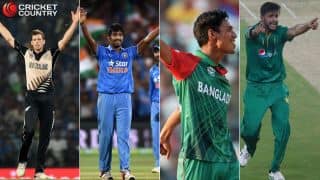