Now Shane Watson’s house sells for a A$ 3.9 million

Now Shane Watson’s house sells for a A$ 3.9 million

Watson's sale coincided with that of his captain Michael Clarke, who too managed to sell his waterfront home for A$ 2.55 million.

After Australian captain Michael Clarke managed to pocket A$ 2.55 million for his five-bedroom waterfront property in southern Sydney suburb, all-rounder Shane Watson too sold his home in the nearby Caringbah South for A$ 3.9 million.

After a tough month with injuries and then Phil Hughes’ tragic death, things seem to be moving well for Clarke. On Wednesday, his brilliant hundred put Australia in a strong position in the first Test at Adelaide and he also managed to offload the property, which was listed in the market for long.

Clarke’s sale coincided with that of team-mate Watson, who too managed to sell his waterfront home. As reported by propertyobserver.com.au, the two-storey plush house was listed in September for A$ 3.95 million, and it nearly fetched him that amount. 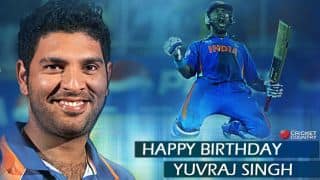