Sourav Ganguly donates his pension to Ankit Keshri’s family; deceased cricketer’s father asks for a trophy in his son’s memory

The cricketing fraternity has been mourning since a week. A tragic incident took the life of 20-year old Bengal cricketer Ankit Keshri and on Friday, six-year old Krishna Vamshi died after a powerful shot him on the chest.

The cricketing fraternity has been mourning since a week. A tragic incident took the life of 20-year old Bengal cricketer Ankit Keshri and on Friday, six-year old Krishna Vamshi died after a powerful shot him on the chest. In November 2014, Australian opener Phil Hughes lost his life after getting hit on the head in a First Class match.

In a heart-warming gesture, former Indian skipper Sourav Ganguly, who is also the joint-secretary of Cricket Association of Bengal (CAB) has decided to donate his pension amount to Keshri’s family, which he and other former India cricketers get from the BCCI for serving Indian cricket at the highest level.

“It’s my personal decision to fund the treatment of injured players, the ones that are CAB registered. I will use the amount that I get as pension from the Board,” Ganguly was quoted in a report from ABP.

“I have also decided to give away my pension amount to Ankit’s family,” he added.

As per the BCCI pension scheme, former Test cricketers are given an amount of Rs 4,20,000 annually. CAB treasurer Biswarup Dey also informed that the association will also be donating Rs 10 lakh to Keshri’s family.

Keshri’s death had led to accusations that the medical facilities at the ground weren’t up to the mark. In a step to plan for contingency, Ganguly further added, “The association will be buying three ambulances which will also have the necessary facilities.”

Earlier, the Indian cricket legend had called up Keshri’s father, Rajkumar, who couldn’t hold back on his tears and asked for a trophy to be instituted on his son’s name.

“He [Ganguly] called me uncle and I couldn’t hold back my tears. It was a great gesture from a great man. He told me how talented Ankit was and that a bright future was ahead of him. Everything has been nipped in the bud. All we want is a (BCCI or CAB) trophy to be instituted in his name. Ankit’s memory will live forever. Sourav said he will speak to officials. He has also promised to meet me,” Rajkumar was quoted in a report from The Indian Express.

The deceased’s father had earlier also said that he wanted to meet Chief Minister of West Bengal Mamata Banerjee, requesting her to arrange for a government job for Ankit’s elder brother Dipak. 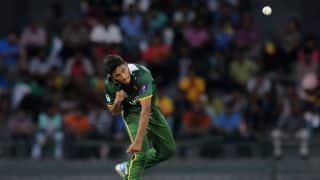