Ganguly was acknowledged as the 'god of off-side' for his prowess with the bat in playing exquisite strokes on the off-side.

Former Indian cricket team captain, Sourav Ganguly, turned 43 on Wednesday. He was one of the finest captains of his era and did a remarkable job as a captain of India.

Ganguly was acknowledged as the ‘god of off-side’ for his prowess with the bat in playing exquisite strokes on the off-side. Along with records, Ganguly also carried quite a few controversies which made his cricketing journey more interesting.

He is affectionately known as Dada (means elder brother) and is currently in the advisory committee of Board of Control for Cricket in India. On his 43rd birthday, the social media is pouring with Dada’s birthday wishes and is one of the top current trends of the day. The cricket fraternity reacted on this auspicious occasion through Twitter.

Wishing @SGanguly99 a very Happy Birthday on behalf of all the @imVkohli fans!!! pic.twitter.com/qDGWjOBm9H

#OnThisDay in 1972, one of India’s finest captains was born. http://t.co/Oo5ccVMVcR pic.twitter.com/RGflJVoE3U

Happy birthday to the man who captained #IND in 49 Test matches & won 21 of them(11 oversea wins). #HappyBirthdayDada pic.twitter.com/zGKRkkXiPH

The man who took Indian Cricket to the next level. Wishing a very happy birthday to the Prince! #HappyBirthdayDada pic.twitter.com/PRdnLM7tXj

Happy Birthday to one of @BCCI‘s finest batsmen of the 21st century, Sourav Ganguly! http://t.co/ymhpFX4R1s pic.twitter.com/aZixPPhasb

Sourav Ganguly: 13 controversies involving the man who changed the face of Indian cricket 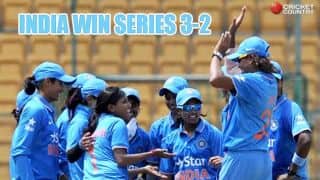