Catch the live action of first ODI between Sri Lanka and Australia here.

After a humiliating 0-3 whitewash in the hands of  Sri Lanka in the Test series, the Australian side will seek revenge against the hosts, in the first One-Day International (ODI) match in the five-match series. The first match of the series will be played at Premadasa Stadium, Colombo.

The Sri Lankan is  high on confidence after the emphatic series victory in Tests, while Australia will be looking for their revival with this ODI series. However, Australians are a dominant force in ODIs and have recently won a tri-series in the Caribbean. On the other hand, Sri Lanka lost their last ODI series in England by 3-0, after the first game ended in a tie.

Since the Sri Lankan side are playing at home, there is a huge chance of them winning the series but one should not forget ODIs are totally different to Tests and Australia are currently the best. The first ODI is expected to start at 2:30 pm local time  Catch the live streaming of the match on Ten Sports. 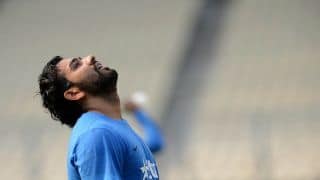 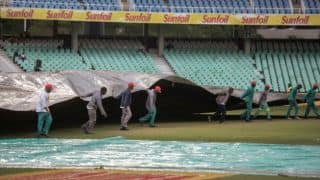