Stadiums and grounds named after cricketers

Stadiums and grounds named after cricketers

Not many grounds have been named after cricketers — most of who have, at best, find their names on stands.

The game of cricket has seen many legendary names over a century of international cricket. Yet, strangely, not many grounds have been named after cricketers — most of who have, at best, find their names on stands.

Nishad Pai Vaidya, however, lists few grounds that have been named in honour of cricketers:

Sir Thomas Lord was a First-Class cricketer and his ground at London’s St. Johns Wood would go on to become the Mecca of Cricket. Of course, we now know it as Lord’s.

Sir Don Bradman’s hometown, Bowral, has a small ground named in his honour. It has not hosted an international match. Only a few representative games have taken place, the biggest of which was between England and a Bradman XI in the early 1990s. However, there was a Women’s Ashes game was held there in 2008.

When West Indies hosted the ICC World Cup 2007, they inaugurated a couple of stadiums and had most of them renovated. In honour of the legendary Sir Viv Richards, a stadium was inaugurated in North Sound, Antigua. However, in 2009, a Test match between England and West Indies was abandoned due to the patchy outfield, deemed dangerous for bowlers to run on. Only 10 balls were bowled in that match. The stadium has returned to host international cricket since then.

The Allan Border Field is located near Brisbane, Australia. This ground hosts age-group matches, women’s cricket and the A teams. It is a small ground without the big stands and not one to host international cricket.

Having made his First-Class debut at the age of 14, Pandove was earmarked for bigger things. But fate cruelly ended his life when he was involved in a car accident at the age of 18 in 1992. In his memory, the cricket stadium in Patiala, Punjab, has been named after him.

Set in the city of Lincoln, the Bert Sutcliffe Oval is a picturesque ground that is known for hosting the ICC Under-19 World Cup 2010. In 2014, it also made its One-Day International (ODI) debut with the World Cup Qualifiers being staged in New Zealand. Sutcliffe was one of New Zealand’s earliest greats, who represented them in 42 Tests from 1947 to 1965.

Though it isn’t an international ground, the Three Ws Oval has its unique place in Barbados cricket. After all, it has been named after three famed sons of Barbados — Frank Worrell, Clyde Walcott and Everton Weekes.

Like the Sir Viv Richards Stadium, the Brian Lara Stadium was to be ready in 2007 for the big event. However, the stadium is yet to see the light of the day. There is a playing field and a few stands, but it is yet to host games. 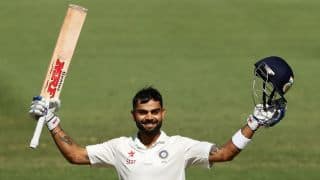