The Orange Cap is awarded to the leading run-scorer of the Indian Premier League (IPL) season. Through the season, many players clinch it before one of them goes on to take it home.

The Orange Cap is awarded to the leading run-scorer of the Indian Premier League (IPL) season. Through the season, many players clinch it before one of them goes on to take it home. Nishad Pai Vaidya writes about the season-ending Orange Cap winners so far.

Imagine coming into a new tournament, completely unknown, and walking away with the honours. Shaun Marsh was only known as the son of former Australian opener Geoff Marsh when he arrived in India for the inaugural season of the IPL in 2008. With his classical approach, he impressed in the shortest format. Having that typical grace of a southpaw, Marsh was eye-catching, playing mostly in front of the wicket. In 11 matches, he scored 616 runs and walked away with the first ever Orange Cap. A few weeks after the IPL, he donned the Australia jersey in one-day cricket.

The Orange Cap passed down from the youngster to the veteran. Matthew Hayden called it a day from international cricket in January 2009, yet kept himself available for the IPL. Chennai Super Kings reaped great rewards by keeping faith in him as he dominated the IPL in South Africa that year. Playing with this trademark dominance, Hayden never looked old or out of place for he smashed eerything in his zone. In 12 matches, he accounted for 572 runs and took the Orange Cap, although Chennai lost in the semi-final. This showed that veterans too had a place in the “young man’s” game.

The first Indian to win the Orange Cap, Sachin Tendulkar faced a bit of criticism for his inconsistent performances in T20 cricket. Being in the midst of resurgence in international cricket, which saw him smash one-day cricket’s first double in February 2010, he entered the IPL with a lot of confidence. Tendulkar was a joy to watch for he dished out one big innings to another. The biggest feature of this season was that he hit only three sixes in his tally of 618 runs. Most of his shots were along the ground and from the textbook. Mumbai Indians went into the final, but lost.

The big man arrives in the IPL. Chris Gayle was not initially picked by anyone, but was then called up by the Royal Challengers Bangalore. What followed was carnage! He started off with a ton against Kolkata Knight Riders, his old team. He then went on to smash more almost every opposition out of sight. Perhaps the most memorable moment came against Kochi Tuskers Kerala when Prasanth Parameswaran’s over went for 37 runs. Gayle had shown why he was to be feared. This came at a time when he was out of favour in the West Indies.

Gayle’s success in T20 cricket is mind-boggling. This season, although Royal Challengers Bangalore did not qualify for the playoffs, he was in great touch and continued to destroy bowling attacks. Again, his most memorable moment was smashing five sixes off a Rahul Sharma over. Gayle found a new formula during this season, whereby, he would take his time early on and then rapidly shift gears to regain any lost time and more than make up for it.

Michael Hussey’s story ahead of the IPL 2013 season was similar to Hayden’s. He quit international cricket during the summer but then arrived in India with great vigour. Playing for the Chennai Super Kings, he was rock-solid at the top and dished out one classy performance after another. While Hussey could smash it big, it never looked like he was muscling the ball but merely caressing it around. Hussey is a batsman who showed that class and deft touch also has a place in the IPL. To match Gayle’s tally from the previous season was no mean feat.

Robin Uthappa had reworked his technique and looked a different player ahead of the IPL 2014. However, in the first leg, he was made to bat down the order, where he could not perform consistently. Promoted to open the batting, Uthappa turned it on for Kolkata Knight Riders as they changed their fortunes on arrival in India. The remarkable consistency is reflected in the fact that he crossed 4 in 10 consecutive outings.  Kolkata went on to win the title and Uthappa scripted a comeback in the Indian one-day team.

Sachin Tendulkar: 10 anecdotes that underlines the fantastic human being the maestro is 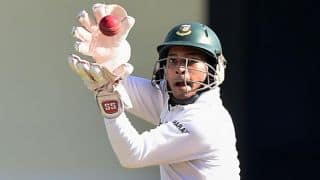